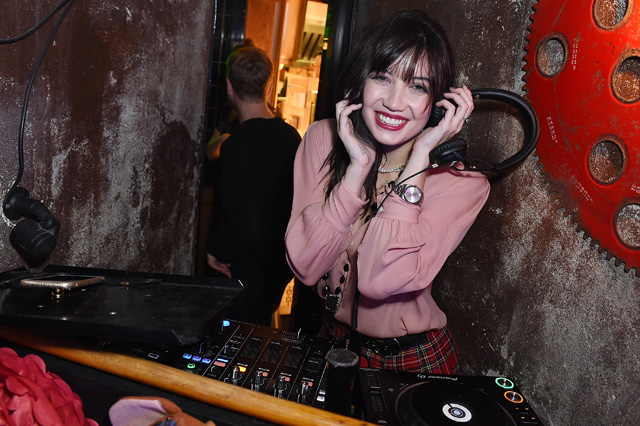 Stars flocked to Badoo’s #DateOfTheDead party with Daisy Lowe at La Bodega Negra – and it wasn’t short of gossip!!

Seemingly unbothered about anyone seeing them, Mimi and Alik locked lips in full view of onlookers, as capture by Heat! Magazine. Though Mimi wasn’t the only one under the dating apps spell, Sam Thompson was spotted getting rather cosy with Mimi’s pal, model, Stina Sanders – with Tiff only a few feet away!

Attendees at the star-studded bash were treated to a night of cocktails, Mexican canapes, a live DJ set from the drop-dead gorgeous, Daisy Lowe, and performances from London’s top freak show acts, from contortionists to ballet dancers.

Like all great horror stories, the night revealed terrifying twists, shocking sights and games galore, but did our attendee’s pick trick or treat?