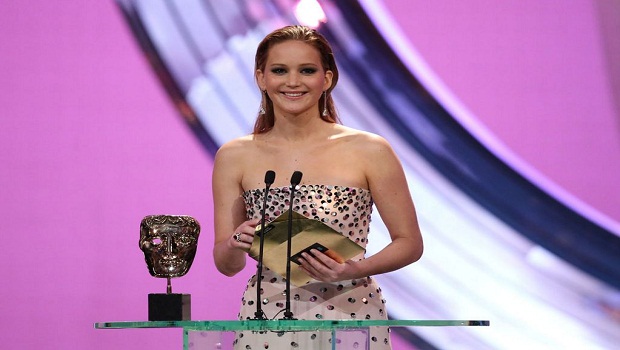 The stars were out and about last night in London for the British Academy Film Awards. The miserable British weather didn’t stop the array of beautiful gowns spotted and the colour-trend of the evening seemed to be black, however a few pops of colour could be seen dotted against the snowy backdrop.

The night went relatively smoothly, despite Eddie Redmayne having food poisoning and throwing up back stage, Marion Cotillard having a slight wardrobe malfunction and the weather of course! But, Ben Affleck had a great night, he won the Best Actor Award for his film Argo and the film also won two more awards including, Best Film and Best Picture.

The award for Best Actor went to Daniel Day-Lewis for Lincoln, Best Actress went to 85 year-old Emmanuelle Riva for Amour and Anne Hathaway picked up The Best Supporting Actress Award for Les Miserables. Skyfall won the Outstanding British Film award beating Les Mis which was a front runner for the award when the nominees were announced. Quentin Tarantino also picked up the award for Best Original Screenplay for Django Unchained.

One of the best dressed on the night was Anne Hathaway in a studded Burberry gown and with her pixie crop hairstyle, she emulated glammed-up rock. Jennifer Lawrence also looked as fashionable as ever in a nude Jason Wu Fall 2013 dress and Amy Adams stunned in her black and lace Elie Saab Haute Couture gown.

Bringing a ray of sunshine to the night was Marion Cotillard in a striking yellow Dior gown with cut-out detail in the leg. Jessica Chastain also stood out in her electric blue Rowland Mouret gown, which gave her a very elegant look.

Not so sure about Helen Mirren’s pink hair on the night, but it definitely made her stand out! Gemma Arterton didn’t really wow us in her nude and black striped Celia Kritharioti gown, but we might be able to let her off seeing as she is in the middle of a divorce. Another actress who didn’t wow us was Thandie Newton whose Louis Vuitton black lace dress was a bit cheap-looking compared to some of the other stunning gowns. Take a look below and see what you think.