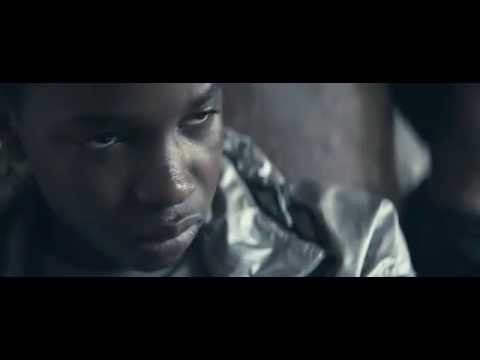 Ashley ‘Bashy’ Thomas is not your regular MC. With Shank recently released to DVD and yet another ‘substantial’ acting role currently keeping him busy, Bashy’s plans for world domination do not stop there. A clothing line, an album in the stores and a world tour on the horizon, Bashy is boldly pioneering a once dismissed genre, to the very top of the musical ladder of success.

You have just come back from supporting The Gorillaz on tour in The Middle East. What was that like?
Amazing. Beirut was wicked. I was in Lebanon first and we performed on the beach, it was really good. The venues out there are crazy. I also went to Sky Bar, which is supposed to be the best club in the world.

And was it?
Yes. It’s in a tall building, but it’s an open air club, there was fire in the sky…it was crazy.

What did you think when you were approached to do a tour of the Middle East?
When I told people about it, they were like ‘You’re going to Beirut fam? Beirut…?’, because all people ever hear about Beirut is war, but that war finished ages ago. Lebanon is a beautiful country. The Middle East in general was a beautiful place and the people were really nice. The food was crazy… and the women. They were very nice as well.

Had the people over there heard of you and /or your music?
They knew the song that we [me and Kano] were performing, White Flag. I don’t know if they knew any of my other songs, but we always got a good response.

Shank has just been released on DVD. What was the message behind that film, because it kind of looked like ‘you killed my brother, so now I’m going to kill you’?
I think Shank was more about trying to tell a story. I don’t think the writer specifically set out to deliver any kind of message. It’s more about what you want to take from the film. Personally, what I took from it was more a feeling of the streets are mad and the people on them go by a totally different set of rules and also the fact that revenge can eat you up if you let it.

You have been doing a lot of acting lately. Do you have any other roles lined up?
Obviously, 4,3,2,1 I had a small part in that. There is no such thing as a small part, just small actors (laughs) I’m joking, someone said that to me once and now I always quote it. What else, I am filming another film at the moment which is really good. It’s going really well actually.

How big is you part in that?
It’s a substantial part… substantial. I am in a big role right the way through.

What’s happening with Bish, Bash, Bosh the clothing line?
At the moment you can get the t-shirts at www.bashy.com. We are planning to release some jeans and hoodies, but that’s a winter thing. For now, whilst it’s still summer, we are just doing the t-shirts.

So acting, clothing line, what else are you up to?
Like I said, I’m working on a film at the moment. It’s a big feature film coming out next year. I am really interested in acting, so I have a few other acting roles that I am looking at too. I’ve got a new single coming out September 20, called Fantasy. I’m recording for my new project and there’s the Gorillaz world tour as well, so kind of packed really.

What I like about your music is that you are very real. You talk about things that most people can relate to or have been through etc. What I don’t like…
Oh my word… (Laughs)… allow me; I know exactly what you’re going to say…

What am I going to say?
(Rolls eyes) you’re going to say, ‘the way that you talk about women…’ ugh.

Yes, exactly. The way that you talk about women, is it necessary? Why are you so angry?
(Laughs) Why? What have I said?

Women are s**gs, women are goldiggers… You have about four songs dedicated to slating women.
To be honest, I have had that said about me and I have also addressed that on a song called Sorry, on my album, Catch me if you Can.

Ok, Sorry is an apology, fair enough. What about a song dedicated to positive, good girls though?
Yeah, I might do… But like you said, my music is real. I’m not lying on any of those songs. Whatever I have said in my music, all that stuff happens.

Yes, but what about an equal balance? Not all girls are the same.
Alright, I’m going to do a tune, the girls are going to love it. Trust me.

Your videos are always quite experimental and outside of the box, how much creative input do you actually have when it comes to your music videos?
A lot, we [me and my management], actively seek out people who can think outside the box to work with us and help us to come up with new ideas.

Speaking of videos, Ransom was amazing. Please say you are going to make a part II?
Maybe… I’d like to… Hopefully.

Everybody wants to know what happens next?
I know, hopefully we will do another one.

What type of music did you hear growing up?
Reggae, revival, lover’s rock, all that old kind of music. 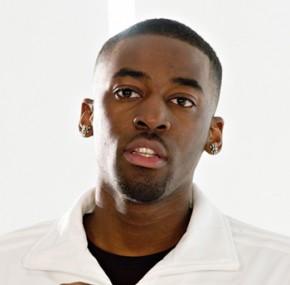 Do you think those genres have influenced the kind of music you are making now?
Definitely. I don’t think people really get my lyrics or what I’m trying to say, or where I’m really coming from if you know what I mean? And I think you get that with the older reggae artists too. Like with a Bob Marley song, you have to listen to it a few times before you get what he is really trying to say.

Has there ever been a song or a film that has really touched you?
Yeah, when I was little… The Land Before Time, that killed me. That film was deep.

Did you cry?
I probably did back then. The Land Before Time was a sad film man…

Bashy headlines his first gig on at the Islington O2 Academy2 on Thursday 30th September 2010. Click here to buy tickets.