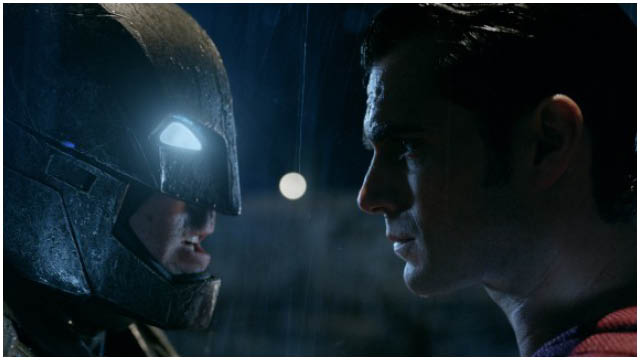 We are pleased to share with you the teaser trailer and film stills from the upcoming Batman V Superman: Dawn of Justice.

Fearing the actions of a god-like super hero left unchecked, Gotham City’s own formidable, forceful vigilante takes on Metropolis’s most revered, modern-day savior, while the world wrestles with what sort of hero it really needs. And with Batman and Superman at war with one another, a new threat quickly arises, putting mankind in greater danger than it’s ever known before.

With an all-star cast including the very lush Henry Cavill as Superman, Ben Affleck as Batman, Amy Adams as Lois Lane, Jesse Eisenberg as Lex Luthor, Jeffrey Dean Morgan, Jeremy Irons this is one film we are excited to hit our screens in 2016.