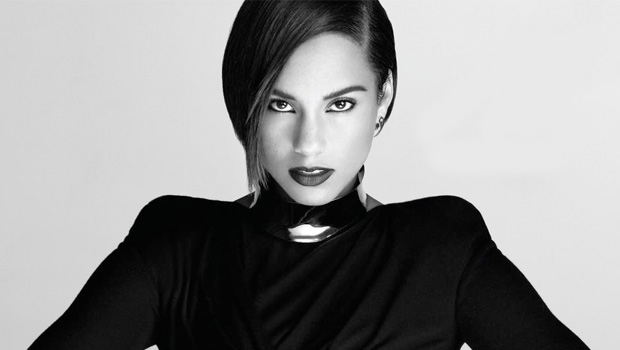 BBC 1xtra’s giant four day musical party came to an end yesterday, November 15. The show kicked off in Brixton (12th November), before rapidly moving on to Manchester, then Liverpool, and concluding in Birmingham where Flavour’s Noel Phillips had front-row seat, and a backstage chat with US superstar Miguel.

Alicia Keys returned to the 1Xtra Stage on fire following her last performance in 2009 at 1Xtra Presents. She’s no longer that piano-playing singer. In actual fact, her talents are indisputable. This is a lady with one of the defining voices in neo-soul.

As ear-splitting screams bounce around the lights go down and she emerges, then suddenly, the music drops and the bass-heavy rumble of ‘New Day’ kicks in. Following an lifting start, the show divides into an evening of two halves – just like Ms Keys herself. An early run of album tracks which were remarkably executed. And then the most recent big hitters.

One of the best-selling artists of the last decade, Alicia also treated fans at the Birmingham Ballroom to brand new material from her forthcoming album, ‘Girl on Fire’. Here’s that show-stopping performence, if you missed it:

After more than forty minutes of sweating, swaggering and sliding under the flashing lights of the Ballroom, Alicia ended on worldwide hit ‘Empire State Of Mind,’ which needless to say, had everyone singing along.

And before we know it, all hell breaks loose for Miguel. High-pitched screaming girls completed the chorus to a voice which has the potential to send chills down one’s spine. A well-rounded performer, Miguel flawlessly manages to draw the audience into his voice and the stories behind his songs.

His opening set had something for everyone: sexy-drenched R&B, power pop and even rock. There’s no denying after witnessing his performance that he is on the edge of superstardom. See Miguel below performing his US number one hit ‘Adorn’.

In an age where we are saturated with Auto-tuned anthems and crazy attires, it was a real delight to witness both Keys and Miguel, two undeniably talented singers and songwriters bringing 1xtra live to an incredible finish.

What do Mary J Blige, Usher and Beyonce all have in common? They are all fans of Miguel. And so are we. The Grammy-nominated RnB crooner, who has been caressing audiences worldwide dishes the dirt to Flavour’s Noel Phillips on comparisons to Prince and the inspiration behind his new album ‘Kaleidoscope Dream’. Plus, is that rumoured Beyonce collaboration still on the cards? Take a listen below to find out…