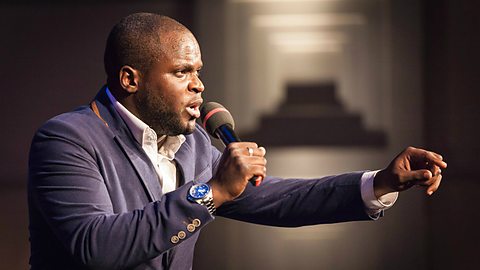 The broadcast celebrated ‘a unique celebration of African-Caribbean comedy’ talent and was recorded on Saturday 11th October 2014 at Broadcasting House in Central London.

BBC London presenters Eddie Nestor and Brenda Emmanus hosted the show and introduced the established and up-and-coming acts that included Nabil Abdul Rashid – who in 2010 at the age of 22 became the youngest black comedian to perform stand-up at the Hammersmith Apollo. Annette Fagon, Toju, A Dot Comedian (aka Afolabi Dasaolu), Michelle De Swarte, Miss London (aka London or Dionne Hughes), Daliso Chapondo and Aurie Styla. There was also a musical performance by Nyomi Gray and spoken word from Lionheart.

Watch some of the hilarious highlights below.  Keep up-to-date with the BBC’s UK Black programmes here.