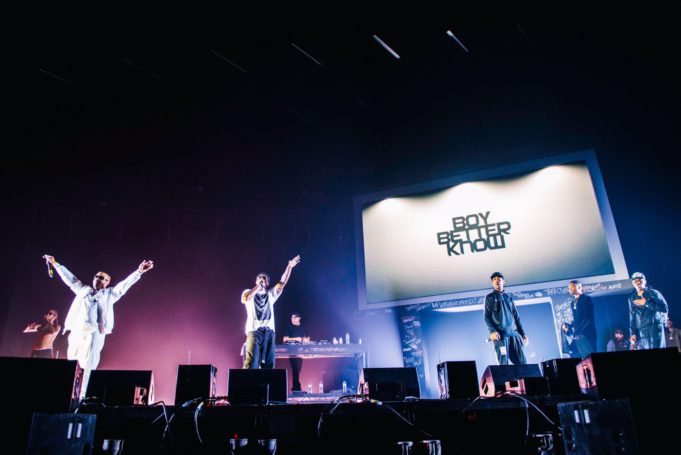 The event was officially the best of grime and urban music under one roof, and the first of its kind to sell out in a ground-breaking configuration of the O2.

Thousands of fans enjoyed the best of home-grown and international talent including J Hus, Ghetts, Chip, MHD, Mabel, Donae’O and many more. A surprise performance from global superstar Drake almost lifted the roof off the O2 as he launched into hit single KMT with British rapper Giggs.

Apple Beats’ Julie Adenuga showcased her favourite artists for an intimate live music experience at the Water Margin. Featuring the likes of Kojey Radical, Cosima, Connie Constance, Slow Thai and Blue Daisy live on stage in collaboration with the house band, these specially curated performances were an incredible addition to the line-up.

On top of the incredible music offering, Nike created a custom SB skate park and 5-a-side football pitch in the Quadrant area outside the O2. Hosted by Radar Radio featuring Snoochie Shy, P Montana, Big Zuu, Logan Sama and many more, skaters were invited for free lessons from some of Nike SB’s top UK riders.  The 5-a-side tournament was a hotly watched event, with Boy Better Know taking on YouTube titans Sidemen FC.

For gaming fans, Activision provided ticket holders the chance to be one of the first to play the hugely anticipated Call of Duty: WWII. Members of BBK, including massive Call of Duty fan JME, popped into the gaming lounge to check out the new game for the first time and even challenge attendees to multiplayer matches.

We are looking forward to the 2018 BBKTAKEOVER, so keep watching this space for more information.