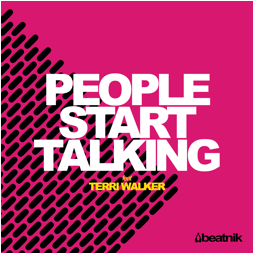 With titles including “musical directors for Kelis” and “official tour DJ for Kelis” plus Beatnik being able to boast sell-out shows at Brixton Academy, DJ Sets at Isle of Wight, Bestival and Lovebox Festivals, the sibling duo have an impressive C.V of music credentials that span a combined 25 years. Three Beatnik productions currently feature in Tia Maria’s national advertising campaign across UK TV & Online and DJ Nikki personally features as one of five talented creative women alongside Laura Mvula & the PixieWoo‘s as ambassadors for Tia Maria’s ‘In the Mix’ Campaign, which has included double page spreads in Grazia Magazine.

The electronic music Producer/DJ/Remixer act, comprising of London based DJ Nikki and Statis, have been locked away for a year working with acts including LA bass supremo Thundercat, UK rising star Meleka, Danish Soul singer Marie Dahlstrom and of course the vocal sensation Terri Walker who features on the first of their latest catalogue to grace the radio waves. ‘People Start Talking’ is a prime example of the Beatnik sound with an edgy and fresh take on Electro fused with elements of Hip-Hop, Trap, House and an attention seeking vocal that will not only seek, but grab your full attention.

Beatnik have a talent for making forward thinking music, which automatically intrigues the listener by maintaining a balance of production, genre infused elements and vocal collaborations. With a collection of music in the pipeline for release and such a powerful introduction to their work there’s no doubt Beatnik will make ‘People Start Talking’