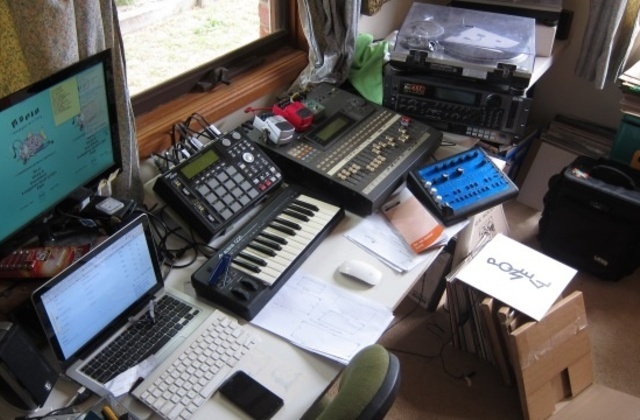 If you think bedroom production is a simple term for describing the practice of wailing into a laptop microphone while playing acoustic guitar, think again. Most of the people in your music library will have started their music careers as bedroom producers. Some of them may still be putting the finishing touches to their sounds in the until-now non-traditional environment.

Yes, due to its common gross oversimplification, bedroom production has been considered a pejorative term at times: that the music made in a bedroom must be inferior to that made in a recording studio. But at its most complex, bedroom production refers to the scrupulous work practice of an increasing number of musicians who are able to master and create high-quality compositions using software and hardware outside the exclusive confines of the recording studio.

James Blake, the winner of the 2013 Mercury Prize, can be seen at the top of the bill at some of the world’s largest music festivals. But he was already making a buzz in the electronic music scene from his laptop in a bedroom at Goldsmiths University of London in 2009. Since then, there has been a proliferation of young popular artists who had also already acquainted and made a name for themselves with homespun music production skills: Disclosure, Duke Dumont and Alunageorge to name but a few.

Because bedroom production encourages participation in the kind of musical communities you can find on websites like Soundcloud, some acts are able to cultivate followings and even enjoy underground popularity. For Perception Live, technical event production specialists who rig up the sound and lighting arrangements for niche festivals and events (like Streetfest, Hoxton Street Market and Rivington Street Festival), there has been a significant rise in performers who need little more than a laptop on stage.

Richard D. James, better known as Aphex Twin, was rumoured to be making music in his bedroom at the age of 12. Credited as one of the most inspiring and influential figures in contemporary electronic music by numerous publications, he’s still dominating the music news.

Of his first track from Selected Ambient Works 85–92, Xtal, it was said that he proved the viability of making beautiful music armed with nothing but a laptop and keyboards.

Of course, you don’t even need to play a single note, digitally or otherwise, to make an original composition. DJ Shadow’s Endtroducing, composed purely from samples of other works, was made in an attic. It is one of the most memorable and successful crossover albums from the underground to the mainstream.

The future of bedroom production

Musical interest may have once lead to an individual learning an instrument, but nowadays it’s just as likely that they will install audio producing digital audio workstations (DAW) like Ableton or Logic on their computer. Due to the fact that DAWs can attract people who wouldn’t have been inspired to pick up an instrument, new styles of electronic music can emerge out of sheer experimentation and fresh approaches to composition.

There is no denying that progressively affordable and accessible technology like laptops and music production controllers (such as samplers, keyboards and other devices that can be used in conjunction with music production software) have enabled people to consider making music on their computers. One of the most popular is the Akai midi keyboard controller, which is used by both amateurs and professionals. According to experts at MusicCritic, “Akai’s MIDI keyboard controllers are built to the highest quality, feel good to play, and are loaded with lots of nifty features. After all, to use music production software you need to have a powerful computer, and much in the same way that once exclusive devices like TVs and microwaves soon become household objects, so do laptops, keyboards and other similar devices.

The implications of emerging technological innovation go far beyond the bedroom; it can have a significant impact on live shows too. In their blog, technology experts and bespoke hardware solutions company G2 Digital highlight new game-changing and ever-improved powerful computers and hardware for AV – so in the future, we can expect to see producers not just possessing the technology and skills to rival recording studios, but to stage audiovisual live shows too.

Some have argued that bedroom production has lead to an oversaturated music scene, where music trends arise and disappear along with the artists responsible. But with more people enabled to express themselves creatively, surely it’s also possible to take the view that there is simply more healthy competition leading to increasingly imaginative sounds.