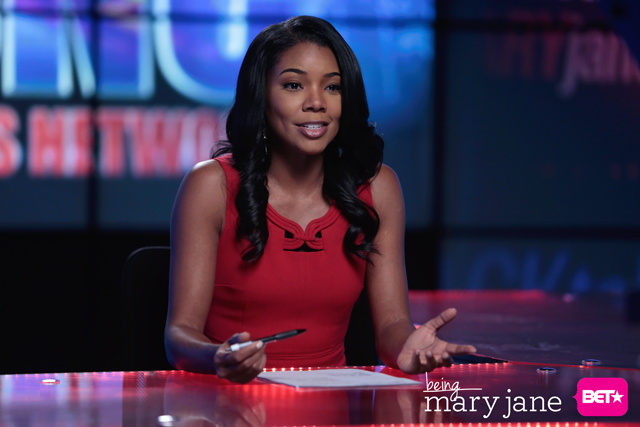 Soho Hotel, London, Friday 27th February BET International held an exclusive drinks reception and preview screening of the first new episode of Being Mary Jane, Hosted by the star of the show herself Gabrielle Union.

As well as ourselves, there were celebrity’s photographers and other well respected journalists as well as a few celebrities in attendance, including Rough Copy, Comedian Kojo and the Mobo’s very own Kanya King. Bet International really did put on a lavish affair with an endless supply of good drinks and fantastic canapés which went down a storm with everyone, When Gabrielle Union glided into the room the excitement was stepped up a few notches, sending most people into frenzy. Gabrielle, being the true professional she is, took all the attention in her stride, taking time out to pose for photos and talk to as many people as she could. We were in total awe; she looked quite simply stunning in a simply skimpy black dress. Time certainly flew and before we knew it we were ushered to our plush comfy seats for the screening.
Gabrielle Union took to the stage to introduce the new episode of season 2…. With a large glass of Red in her hand, and let us all in on what to expect from the new season, not only is it juicy but she has not 1 but 3 love interests and a storyline that explores the term “Frenimies”.

Opening up in true Being Mary Jane fashion, the gorgeous Mary Jane proves she’s very much human, getting rotten drunk, upsetting her friends, passing out and unfortunately wetting the bed in her drunken stupor, which not only hit a chord with the female members of the audience but a number of laughs too. We watched on as Mary Jane struggles with the fact that David chose someone else over her and as soon as she finds out this woman is pregnant obsesses over it trying to get answers annoying the hell out of the people who know them both (come on girls we’ve all been there, admit it) which leads to an ending which caused quite a reaction with the audience. If you want to know what it is, you’ll just have to tune in for yourself; you won’t want to miss it.
The new season looks like it’s going to be just as brilliant as the first, as we witness Mary Jane Struggling to juggle not only her career but conflict between her niece and mother, her career as she embarks on covering stories of the “Black Experience” and a love life which is as always very complicated. It’s full of real life moments us girls can all relate to. Still Single, Still Sexy and Still Searching… ‘Being Mary Jane’ is back for season two!  Starring the talented and beautiful Gabrielle Union (Bring It On, Bad Boys II), Being Mary Jane follows Mary Jane as she balances life, love and family in the series that has taken America by storm.

Mary Jane Paul (Gabrielle Union) appears to have it all: a successful career as a TV news anchor, a beautiful home and enough money to be entirely self-sufficient. However, while series one saw Mary Jane take on an unsuccessful hunt for “Mr Right”, this one woman power house once again seems to be juggling more than she can handle, in both life and love, in this dramatic second series.

With Mary Jane’s previous love interests Andre (Omari Hardwick) and David (Stephen Bishop) both out of the picture, Mary Jane is determined to commit herself to her career, family and her friends alone.

However in the first unmissable episode of the second series, Mary Jane discovers David’s new girlfriend is pregnant, forcing her to re-examine what she really wants out of life. Can Mary Jane keep her jealousy under control or is all hell about to break loose?