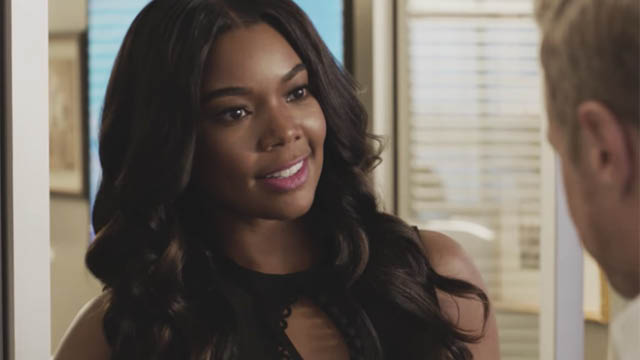 The unforeseeable never gets boring, so you’ll be pleased to know that the fourth season of ‘Being Mary Jane’ starts this Sunday 15th January 10pm (UK), with all the sass and “oh no y’all didn’t” that BET could throw at you.

Starring Gabriella Union (Bring It on, Bad Boys and The West Wing) as the driven Mary Jane, a gutsy news reporter, series 4 will tackle new rivals, love interests and a whole lotta ‘read all about it’ moments.

Bringing us even more attitude, heat and disbelief, Mary Jane is taking on new challenges as she prepares for a new life and fresh career in New York. Airing at the perfect time as many of us too prepare to achieve new goals, Mary Jane is just on the cusp of achieving her ultimate aspiration. Embarking on a fresh start in NYC as national lead anchor on morning news show ‘Great Day USA,’ her new life wouldn’t be complete without some hiccups on the way to match the turbulence of the news she’ll be reporting about. Que acquainted enemy, Justin Talbot, who just so happens to be her new producer- bear in mind the deliciously tasty looking Talbot was the one who incurred her being fired from channel CNN. Mary Jane is certainly not going to sit well with having this unapologetically ambitious man flaunting his ideals on others and she will have to navigate how to put up with his power tripping ways.

Prior to her new position at Great Day USA, Mary is in awe of veteran news anchor Ronda Sales but that could be short lived as she discovers her dexterous idol may not live up to all the smoke and mirrors the media portrayed, as the seasoned Journalist might appear to be a woman of class and sophistication but as Mary Jane seeks career guidance, the penny drops and dramas unfold.

Mary Jane has experienced some love highs and love lows across the previous three series’ but further lessons will be learned when she falls for UK stand up comedian Lee Truit, who will test her preconceived ideology about the love conquests she should have in her life. Starting a fresh in a new city, with a new job, Lee Truit catches Mary Jane when her guard is down, with his self assured confidence (or could that be cockiness?) and talented vibes, it seems this pair could be compatible but Mary Jane fails to accept that a one- off fling with someone that is as far away from her usual type, could be just the man she needs. Lee Truit won’t go without a fight and we find ourselves hooked as the funny man pursues the newly appointed news correspondent.

Insanely intelligent, beautiful and ambitious, we trail Mary Jane as she takes on the city that never sleeps, expect fireworks, feuds and fraught tensions as she weaves her way through single life, fighting for her dreams at the top- rated morning show as she keeps her work and personal life in working order. As she settles into her new home, she’ll team up with business woman Kara Lynch who teaches her a thing or two about getting what she wants in television but she won’t expect to make the news as the plot thickens in season 4… Well they say all publicity is good publicity!

Back home in Atlanta there’s never a dull moment, as the Patterson family cope with police brutality and compensation that could change their lives forever, particularly Niecy Patterson (Mary Jane’s niece.) She’ll find herself overwhelmed in the new series as those around her view her in a new light, due to her potentially positive change in circumstances.

We can’t leak anymore but you won’t want to miss ‘Being Mary Jane’ when her life is just as interesting off screen as it is on.