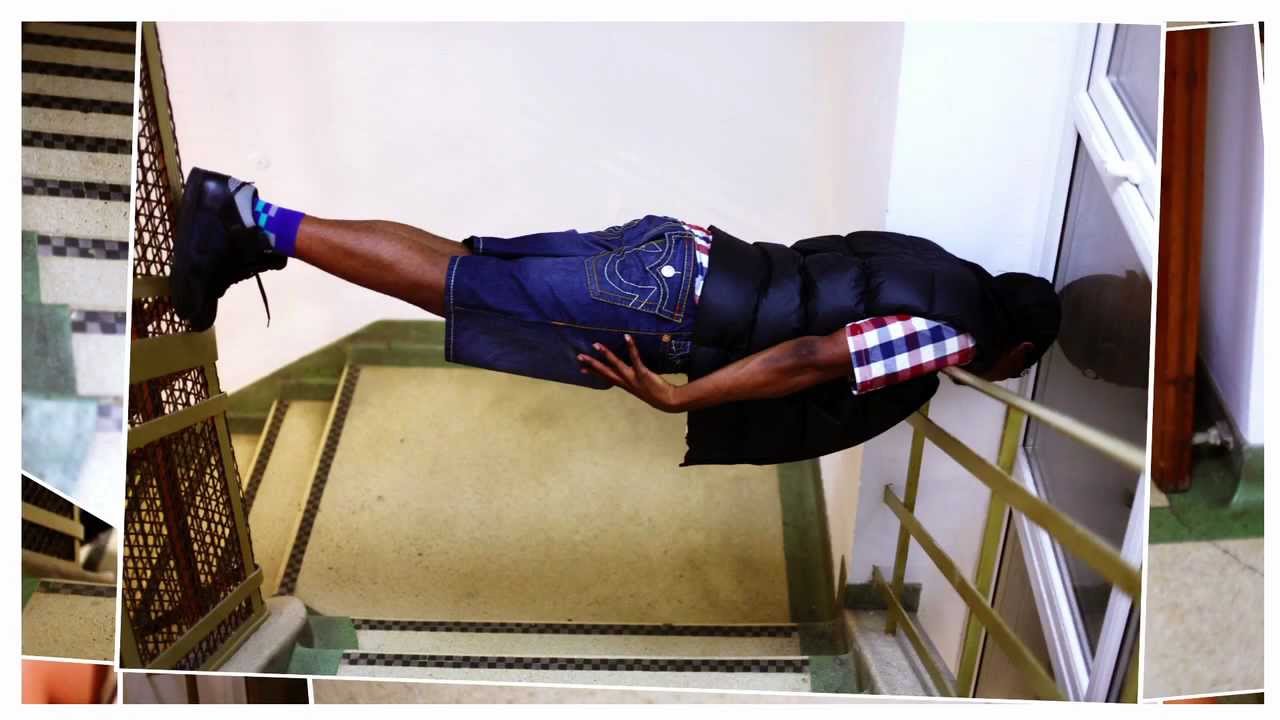 You may remember them as the most successful girl band to have come out of the X Factor camp… they are Belle Amie! Members Sophia, 18, Rebecca, 24, and Esther, 22, are beautiful friends more like sisters as that’s just how close they have become since being formed into a girl band. They spoke to Flavour’s Melek Derebeyli about what they’ve been up to since 4 became 3… One member down and they are at their most ‘au naturale’, recording the music they’ve always longed for and wearing the clothes that they’ve always dreamed of – not the tube dresses they were thrown in whilst singing “Venus” and whipping their crimped hair back and forth. The girls made it through to the fourth week of the X Factor live shows and have come a long way; signed to a label with no ties to the reality show. They have finally reached their comfort zone and hit back at all things X by releasing their debut single ahead of most of their X Factor contenders.

Belle Amie fills Flavour in on all the gossip from the whole X Factor shebang, ‘Boy Better Know’ JME remix, the deal with girl bands and how they are the real life incarnation of The Powerpuff Girls..!

What have you been up to since the X Factor?

E: We met our new management and we’ve been signed by an independent record label, we’ve been on tour with Chipmunk, and we’ve been locked away in the studio for months working on our forthcoming album.
S: We’ve been working with an American producer called Chad, also with Labrinth’s brother, lots of really good people. And now we’re just trying to get back out there!

Describe each other in one word.

What goes on, on a normal day in the life of Belle Amie?

S: We take four hours to get ready, well I do anyway!
R: Studio
E: We don’t have a set day where we do particular things, everyday in Belle Amie world is just one crazy day, it’s a lot of fun!

After a period without many girl bands around, suddenly the scene has been flooded with fresh new female vocal groups; Parade, RD, Duchess… Do you see the other groups as competition?

E: There are so many boybands out there, and I don’t think there just has to be one girl group, i think it could be amazing with lots of girls groups. We need girl power!
S: Me and Esther met two of the Parade girls and they were really lovely and they made a good point where they said that everyone compares them to The Saturdays, and if anything The Saturdays make room for them because if all the girl bands do rubbish, then no one’s going to look at another girl band. It’s good when other girl bands do well, if we have a single out in the same week then it’s another story!

Exposure time, any bad habits you’d like to get off your chests?

E: Rebecca leaves hair dye everywhere.
S: Esther leaves food in the microwave.
E: I don’t like wasting food, so I just leave it in there!
R: Soph doesn’t get out of bed on time.

Are there any disadvantages to being in a girl band other than fighting over the hair dryer?

E: I take the other girls clothes all the time.
S: I like being in a girl band so much that even if there’s things that go wrong, it doesn’t matter.
E: It’s like being sisters, you’re going to fight over stupid things but you just get over it.

Without turning you into a female version of JLS – If you had a signature colour what would it be? ‘Girls Up’ became the 16th most watched video world-wide in two days on YouTube – Explain a bit about the song and the perspective of the video.

E: Everyone seems to think we sing “Hold your boobs up…” but it’s not!
S: When we sing “Hold you girls up, put your chest out” were trying to put the message across to stand together, be strong, and don’t care about what anyone else thinks. It’s just women empowering! If you like wearing makeup then slap it on, if you don’t, then don’t wear makeup, just love who you are.
E: Someone said something about Sophia’s roots, but she loves them! We don’t care if people criticise our looks.
R: Shooting the video was amazing. We came up with the concept of the mannequins in boxes, but we didn’t realise we was going to get shut in them!

The girls that make up Belle Amie are the definition of girl power, with a single which would empower every conscious girl’s mind. The long awaited single ‘Girls Up’ is a banger of a track which shows off the girls fresh quirky vocals and proof that they’re not your average girlband warbling about unfaithful boys. But just make sure to listen to the lyrics carefully before making any preconsumptions!

Looks like JME stuck to his word of “We need some more girls in here” – How did JME jump on the remix for ‘Girls Up’ – Did he approach you girls or vice versa?

R: JME got in contact with our management, he really liked the song and he wanted to do a twist on it. I’m from Ireland so I hadn’t heard about his work but the other girls knew all about him.
S: He’s a grafter he is. And even though he’s a grime artist, he isn’t scared to hit other sides of the industry. Everyone was surprised about how well it worked. It’s flattering for us, because he’s like a cool kid! And it just shows how talented he is that he’s able to work with a girl band off X Factor.

Like you girls have worked with JME, Cher Lloyd has recently worked with UK grime artists Ghetts and Dot Rotten – Do you think having a grime artist on a track of yours would create even more hype for you and who else would you like to work with?

R: It just broadens the fan base, because if we hadn’t worked with JME then grime artists would never know who we were.
S: We love the Rizzle Kicks boys, we’d love to work with them! And Jessie J of course. Your style in the video for ‘Girls Up’ is totally swaggalicious – Do you have any input in regards to the styling?
R: Of course!
S: We have a stylist to help us as well, but we make the decisions. We customise a lot of the clothes we wear.

Other than singing, what else do you hope to accomplish as a band?
S: Hopefully we’ll have our own fashion line whether its jewellery, fashion or makeup.
R: I’d love to open a black and white shop, with just black and white clothes!


When you were formed on the X Factor, were you wary of the fact that girl bands don’t have a good track record on the show? Do you think girl bands will ever stand a chance?
R: I didn’t even think of that.
S: I did but I could never say anything in front of Rebecca because she’d have a panic attack!
R: But personally I don’t think girl bands will ever last on the show, unless they change it up. If they would let the girl bands be the girl bands that they want then maybe so, but I don’t get it!
S: I think it’s a case of having to get to know each girl band member. With boys they can just look at them and say whether they’re hot, and they instantly like them.

If you could go back in time and win the X Factor, would you want to or are you happy with the stage you’re at?

R: We’re absolutely delighted with where we are.
S: Matt Cardle won and we’ve beat him to it! We get to do exactly what we want to do.

Out of all the finalists in last year’s X Factor – Who do you think will succeed the most and the least?

S: One Direction will do the best definitely, by far! Least…
All: Wagner!

The new season of the X Factor has dawned – Out of the four judges, who do you think will make the best judge and who would you have liked as a mentor?

Can your Belles look forward to seeing you back on the X Factor as guest performers?

E: Hopefully!
S: We would love to, that would be amazing. But I can’t say that Simon would be swallowing his pride to ring us and ask us back to perform.

Have you been in touch with Simon or any of the other judges since or is it the case that you‘ve got a better chance of winning the lottery? (As Cher Lloyd recently said regarding Cheryl Cole)

R: No, we wouldn’t though because they’re busy. They have their priorities, they have One Direction, Matt and Cher. They’ll have their X Factor guest performers lined up anyway.
S: I think Dannii’s the only one to stay in touch with her contestants, she’s in touch with Matt.

You have an uncanny resemblance to The Powerpuff Girls – Have you been taking style tips from them?

E: Of course! We watch episodes on the regs! They just need us instead of them, we could make really good Powerpuff girls.
S: Powerpuff Girls get in touch! On behalf of our male readers – Are you girls single?

All: Yes!
R: Single and ready to mingle!

What can we expect from Belle Amie in this upcoming year?

E: The album will be out next year. When you listen to the album you will learn a lot about us as individuals and what we care about and what we love, we don’t sing about boys.
S: The next single should be out early December, hopefully!

If you could have a topic trending on Twitter, what would it be?

‘Girls Up’ is out 28 August and is available to pre-order on iTunes or text GIRLSUP to 80115. (£1 + standard network rate per message)