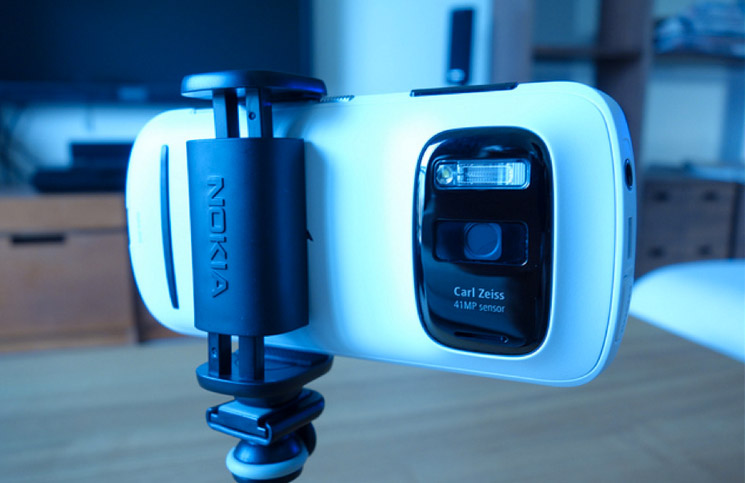 Any photographer would agree that, at times, carrying their entire kit around is pointless and time consuming.

Your goal as a photographer is to capture random moments to form a story. This is one of the reasons that major phone companies are expressing their pre-eminence in the market by designing and developing high end smartphones with top-quality cameras; which have made it easier for photographers to capture great moments.

Choosing a fantastic mobile for picture taking is important for both professional and amateur photographers alike. As a photographer, you should be aware that it is not only the megapixels that matter; other factors include having a phone with great lens quality together with the processing dexterity the smartphone provides.

Amateur or not, you should not opt for a smartphone with a less than 3.2 megapixel camera if you want to use it to take photographs. For easy movement and portability, a Bluetooth enabled phone with EDGE/GPRS/3G network is effective as you can upload photos online before deleting them and making space for more.

Another aspect to consider is storage capacity. Some Smartphones use memory cards while others rely on their internal memory. It is a good idea to carry an extra card around in case you are using one that allows Micro SD cards.

That being said, here we explore the top three Smartphones for photography: The Sony Xperia was unveiled at the Mobile World Congress 2014 to a lot of excitement. The Xperia Z2 came equipped with a 5.2’’ IPS LCD capacitive touch screen display with a high-spec resolution of 1920 x 1080 pixels. With a scratch resistant, shutter proof glass, this Xperia features Sony’s X-Reality engine alongside its undisputed Triluminous technology.

The phone comes with a 2.3 GHz quad-core Qualcomm Snapdragon 801 processor accompanied by Adreno 330 GPU and a massive 3 GB RAM.

The Sony Xperia Z2 has an astonishing 20.7 megapixel Exmor RS camera with 4K video capture. In addition, the camera has the fantastic G Lens with Intelligence BIONZ image processing engine. Even the front-facing camera has 2.2 megapixels for making video calls.

With a reliable internal memory of 16 GB that can be increased to 128, the Smartphone runs on the Android 4.4.2 KitKat platform. It also comes with a 3,200 mAh battery that promises to deliver life of up to 740 hours standby and 19 hours of talk time; definitely one of the best for photographers. Announced in 2012, the Nokia 808 PureView held the record for the number of awards it received for the best phones for photography category before the release of some of the latest models.

With a 4’’ AMOLED capacitive touch screen boasting a 360 x 640 pixel resolution as well as 184 PPI pixel density, the 808 PureView runs on Nokia’s Belle platform. This gadget also has a 1.3 GHz ARM 11-processor that is coupled with 512 MB RAM together with Broadcom BCM2763 GPU.

A 32 GB expendable storage is available alongside the 16 GB inboard storage and with a 1,400-mAh battery, you can expect approximately 540 hours of standby and 6.5 hours of talk time.
One of the most impressive features, in fact, the main reason why it is popular with photographers is because of its massive 41 megapixel Carl Zeiss Lens and Xenon flash with four x digital zoom. The iPhone 5S boasts a 4’’ LED backlit IPS LCD capacitive touch screen display with a 1136 x 640 pixel resolution. The smartphone is equipped with 1.7 GHz dual-core Apple A7 processor and one of the main positives for photographers is that this smartphone comes in three different configurations depending on what you are willing to spend: 16 GB, 32 GB and 64 GB storage coupled with a 1 GB RAM.

The iPhone 5S runs on iOS 7 platform and has Wi-Fi, 3G and Bluetooth connectivity options.

Above, we have explored three of the best camera Smartphones available on the market. With a number of short and long term mobile phone contracts available and a number of great value pay monthly phone deals you are sure to find a deal to suit you.

With the right Smartphone in your hand, all you need now is your photography third eye. One thing is for sure, when the moment strikes if you have one of these smartphones you will be well prepared.