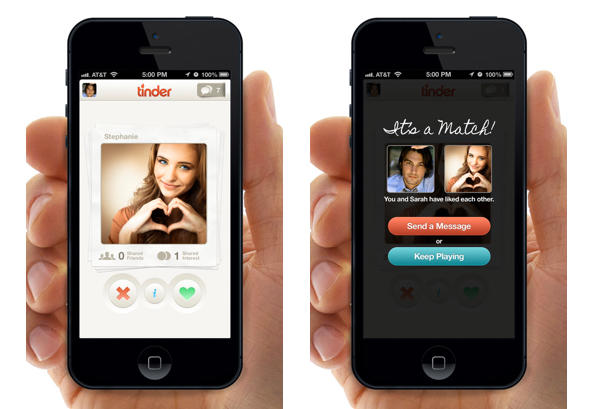 The world of dating has evolved into different forms: from real-time dating and to online dating and social media. Due to the rise of mobile apps, users are also expecting a site to have an associated app.

In an article from Forbes, one of OK Cupid’s four founders Sam Yagan is convinced that the future is mobile. “Mobile dating is one of the few digital products that, when you use it, is designed to lead to a meeting,” says Yagan.

FlavourMag has already posted about happn, a new app that helps you find and meet the people you’ve already crossed paths with. Now here’s a roundup of some of the best dating apps on the market today:

Dubbed as the most popular app on the market now by LaptopMag, Tinder is a location-based dating app that is incorporated into Facebook. Its main feature of swiping left or right to show mutual interest or to dismiss someone has also become a feature of other dating apps like Match.com.

Coming soon on Apple and Android devices is HowAboutWe, a unique dating concept not found on other dating platforms. Users can pose a question like “How about we catch a movie?” then see who is interested in their idea. Although not favourably reviewed as Tinder because of its limited functionality (unless you pay for additional features), the app is still viewed as promising as its predecessors.

With over 21 million users, Match.com is considered as one of the most established online dating sites, today. It has been recently redesigned due to Tinder’s influence. Now daters can show interest or ignore someone easily.

If you’re the less adventurous type or simply not ready for dating apps, you can also meet new people through mobile games’ online communities. According to pocketfruity.com’s gaming experts, mobile apps like Draw Something and Words With Friends allow you to play against other people, and even use social networking profiles to interact by signing up through Facebook, Twitter and Google+ accounts.

With social gaming, not only can you make new friends online, you can also post your top tips and high scores, and compete against friends. And you never know, you might just find that special someone.