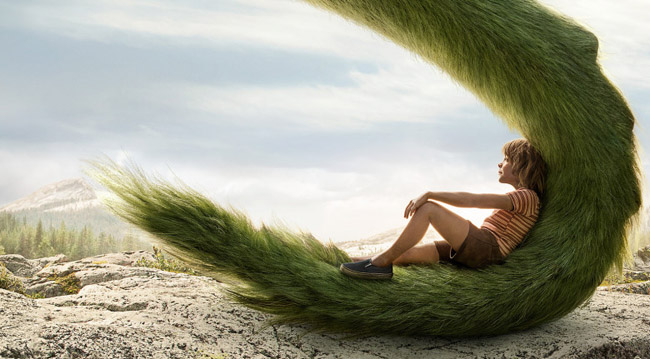 Everybody needs a best friend, an extended family member (if not by blood), someone to share their good times and bad, someone who is always there for them no matter what. A best friend will share the silliest and greatest moments and never judge, pushing you to be the best you can be right?

No one quite delivers this kind of friendship in the cinematic universe quite as well as Disney, well they should know how to by now. Disney has specialised in this arena since 1923, giving them 93 years worth of experience. Disney’s next little adventure comes in the form of remake Pete’s Dragon, which is out in cinemas on August 12. To celebrate its release we have put together some of our favourite and best Disney Friendships over the years. There couldn’t be a more unusual pair than this boy and bear friendship, but it’s Disney, anything goes. Mowgli, a feral child brought up in the jungle only has his animal friends for family so it’s only natural Baloo, the big cuddly bear would be his best friend. Mowgli does whatever Baloo does from rubbing his back on trees to reach that itch and wiggle his bum as they walk, as the song goes ‘I wanna walk like you, talk like you, oo-ooh. All alone in the world apart from being attached at the hip to his mother, poor baby Bambi is befriended by Thumper, aptly named for thumping his foot rapidly when excited. It’s Thumper who gives Bambi those first helping hands we all need when we need help by helping him to walk and talk making this pair bro’s for life as they reach their adult lives. After Marlin loses his wife and baby eggs, all except one – Nemo, to a barracuda attack he becomes that over protective father, especially, when Nemo has an underdeveloped fin which hinders his swimming ability. However, Nemo sneaks off and gets captured. On Marlin’s desperate attempt to cross the ocean to find his son he meets an optimistic and big-hearted Dory. This forgetful fish becomes close friends with Marlin, one who never leaves his side on a journey into the unknown. Woody, an old-fashioned cowboy sheriff, and Buzz Lightyear, an electronic astronaut action figure don’t start off on the best of terms as Woody feels threatened by this new toy as Andy starts to favour him when he was once the favourite. But when Buzz starts to realise he is just a toy, his confidence is low and has been abducted by the neighbours, Woody comes to the rescue, giving Buzz that much needed boost and rescues him from a grim fate. Proving that some friends come in the form of those you least expect. When Timothy Mouse pronounces he is the cute Dumbo’s mentor and protector after Dumbo is shunned by the other elephants for having oversized floppy ears, the pair becomes inseparable. Timothy Mouse only wants to make the sad Dumbo happy again and gives him the belief he can do anything making the impossible possible. Another tale of a child growing up amongst the wild is Pete’s Dragon. The story of a little, orphaned after a car crash takes his parents away from him. Soon after the crash, a magical dragon appears in the forest and instantly takes Pete under his wing. Pete names the dragon Elliot, becoming an instant family, the pair become the best of friends as they prance around the forest playing with each other, having a ball. However, when the nasty man from the lumber mill knocks down more trees than he is supposed to Pete is found and taken away. Leaving Elliot alone and pining for his best friend. The pair are finally reunited after Pete and his new ‘family’ rescue Elliot from the clutches of the glory hunting Gavin (played by Karl Urban). Resulting in an ending which shows true friends will do absolutely anything for each other.

Pete’s Dragon is out in cinemas August 12.