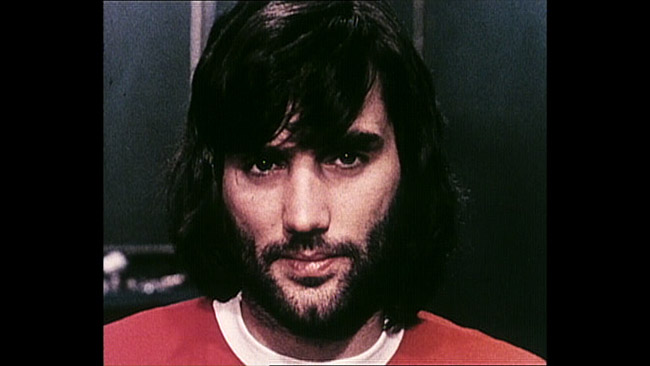 Over recent years the biographical documentary has been one of intrigue, emotion and nostalgia with never before seen footage of our subjects compiled so eloquently to keep audiences fully engrossed and interest heightened to rocket fuelled levels, but does Best (George Best: All By Himself) live up to the quality of Asif Kapadia’s Amy? The simple answer, No.

There is no doubt, whether you’re a staunch Manchester United fan or not, that George Best was quite frankly one of the best Footballers of his time, a man who paved the way for so many of today’s handsome superstar footballers where we see them not just on the pitch but living the celebrity lifestyle with inflated salaries, egos and trophy wives. Hillsborough and BAFTA nominated director Daniel Gordon takes us on a journey that doesn’t always paint Best as a saint, he not only hurt himself with his excessive drinking and womanising but those around him too.

Gordon has carefully selected many clips and interviews of Best from the early years of his career acting as the base narrative of the documentary. As in his life, the film is lead with a heavy female voice – the film opens with a heartbreaking retelling of a time when Angie Best was driving her baby son to the doctors one wet and miserable night when she spots a drunk, hunched over, walking down the road and her heart goes out to the ‘poor homeless tramp’ only to realise, on closer inspection, it’s actually her husband, George Best, and just keeps driving.

The other prominent women of the film are made up of Alex Best and Jackie Glass, an old girlfriend from his heydey in the 60’s who now actually lives in Edinburgh as a Buddhist nun. With a number of ex-footballers being interviewed and not making it into the final cut we lavished with information from the likes of Mike Summerbee who was his closest friend in the early years at United, old team-mate Paddy Crerand; fans, agents and journalists. The glaringly obvious missing face from the picture was his own son, Calum Best, his absence from his father’s story can be likened to an encounter with a vast black hole, and it’s almost as like a chunk of the story is missing in his absence.

The majority of the documentary covers Bests early years right up until the moment his footballing career came to an abrupt end. We follow Best as an excitable young man with an addictive personality, his addiction to football and Manchester United in particular. As United’s main saviour after Busby’s Babes were tragically killed in the Munich air crash back in 1958 who was a staunch favourite of Matt Busby. Once seen as the fifth Beatle, his good looks and extraordinary skills on the pitch made the man a household name, but with that fame came the pitfalls of the press following, he couldn’t go anywhere without a paparazzi showing up. Also with the fame came the nights out, copious amounts of alcohol fuelled parties with an abundance of girls which George also had an addiction too. We witness George’s inevitable spiral out of control the moment he leaves United, it is blatantly obvious this broke his heart in which it never recovered.

The last third jumps from George’s life on the pitch and rushing through to the months before his death, another glaring black hole which lets down his story. There is a passing mention of his brief time as a sports commentator but we are not entitled to the woe of George’s life in which he drank himself to his deathbed. It’s this last third that turns an informative project into an own goal, leaving Gordon firmly on the subs bench.

Best ((George Best: All By Himself) is in cinemas February 24th