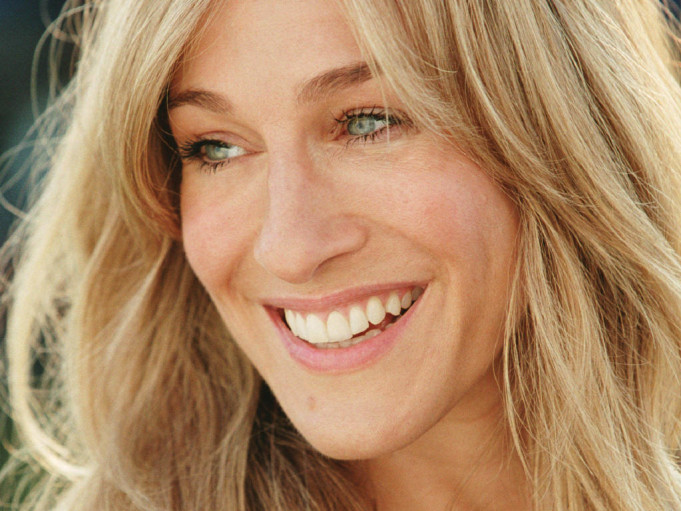 Known to many as the eponymous Carrie Bradshaw, Sarah Jessica Parker has carved out a career as a hugely likeable, charming actress, demonstrating brilliant comedic ability, as well as serious fashion credentials. To celebrate the release of her first romantic comedy in five years, ALL ROADS LEAD TO ROME, we’re taking a look back at some of her other roles over the years… Sarah Jessica Parker makes a much-anticipated return to romantic comedy after a five year break as Maggie, a stressed, uptight single mother and college writing teacher from New York City. In a last-ditch effort to reconnect with her troubled teen daughter Summer (Rosie Day), she books them a holiday to a Tuscan village which holds fond memories of her youth. However, the chance for some much-needed mother-daughter bonding hits a road bump almost immediately, as they run into Maggie’s handsome former lover Luca (Raoul Bova) – still a bachelor and living with his eighty-year old mother (Claudia Cardinale). Based on Alison Person’s novel, this comedy follows the exploits of Kate Reddy (Parker), a high-powered finance exec who acts as the sole breadwinner for her family. Greg Kinnear, Pierce Brosnan, Olivia Munn and Christina Hendricks co-star, with the central focus being on Kate’s endless battle to juggle marriage, children, and a high-stress job. Parker continued her run of romantic comedies, starring alongside Hugh Grant as Meryl and Paul Morgan- an estranged married couple. He’s a Manhattan lawyer, seeking forgiveness after an infidelity, but she’s moved on, pouring her focus into her career. One evening as he walks her to an appointment, pleading for a second chance, they witness a murder, and worse yet- the murderer sees them. The FBI demands they enter the witness protection scheme until the perpetrator is caught, and sends them to tiny ranch town Ray, Wyoming. Forced to stay with the aging sheriff and his gun-toting wife Meryl and Paul find themselves with no alternative but to dissect their relationship, all the while butting heads with the locals thanks to their stuffy New York ways. Matthew McConaughey stars alongside Parker in this rom-com as Tripp – an attractive bachelor with a great job, car and house – trouble is, he lives with his parents. They want him out, so they hire Paula (Parker), an “interventionist,” – who specialises in ‘launching’ young men who are stalling at flying the nest.  Her failsafe formula for doing so involves dating him first- and it’s worked every time, up until now.  Too many secrets threaten to ruin the best laid plans- as well as the niggling doubt in Paula’s mind that she might actually really like Tripp… Parker was nominated for a Golden Globe for her performance in this star-studded romantic comedy/ drama. The Stone family (including Diane Keaton, Rachel McAdams, Luke Wilson and Elizabeth Reaser) find themselves united in a common cause when the favourite son Everett (Dermot Mulroney) brings his uptight New York girlfriend Meredith (Parker) home for Christmas, planning to propose. Overwhelmed by the hostile reception, she asks her sister Julie (Claire Danes) to join her, which only serves to complicate matters even further… This HBO TV series was a pop culture phenomena, and finally answered the question “is it okay to be a single woman past the age of thirty?” with a resounding YES. Parker starred as the lead, Carrie Bradshaw- the lynchpin of the show with her brilliantly bonkers wardrobe and never ending collection of shoes- but the show was more than just her vehicle, with the three other lead cast members all making their way into the zeitgeist- Cynthia Nixon as the no-nonsense Miranda, Kristin Davis as the prim and proper Charlotte and Kim Cattrall as the brilliantly outrageous Samantha. While the films that followed received mixed reviews, critics are generally in consensus when discussing the series- it was, and remains, a hilarious, sharp, witty and at times painfully relatable study on the endlessly complicated nature of relationships.

This cult classic appears frequently on pundits’ greatest comedy lists, and with good reason- the sci-fi spoof boasts non-stop gags and a fantastic cast, including Parker alongside Pierce Brosnan,  Michael J Fox, Jack Nicholson, Annette Bening and Glenn Close – all of whom thoroughly embrace the overt silliness of the Tim Burton- directed tale of alien invasion. A cult favourite, this comedy was a surprise box office hit on release, and follows the exploits of three women who, after years of helping their husbands climb the ladder of success, find themselves dumped on the wayside for newer, younger models. Reunited at a funeral, the three old friends, played by Goldie Hawn, Diane Keaton and Bette Midler determine to turn their pain into gain and come up with a plan to hit their exes where it really hurts – their bank accounts. SJP takes an uncharacteristically villainous role as the catty younger mistress Shelly, who comes up against Bette Midler’s Brenda. A brilliantly hammy, hilarious tale of three witches determined to exact revenge on the town that executed them, this family-friendly comedy remains a favourite for many- mainly because of the gloriously over the top performances of the three leads- witches Winifred (Bette Midler), Sarah (Parker) and Mary (Kathy Najimy). 300 years have passed since the Sanderson sisters were executed for practicing dark witchcraft, and when they return to life thanks to a spell spoken before their demise and the accidental actions of a new-kid-in-town, the sisters have one night to secure their immortality. This classic tale of teenage rebellion was one of SJP’s first major roles- and features brilliant dance choreography as well as great performances. When teenager Ren McCormack (Kevin Bacon) and his family move from big-city Chicago to a small Midwestern town, the culture shock is huge. Despite his best efforts to fit in, he’s living somewhere where rock music and dancing are illegal- and he refuses to take it lying down. With a little help from his new friends, including the beautiful Ren (Lori Singer) and her best friend Rusty (Parker), he attempts to take on the establishment- with toe-tapping results…