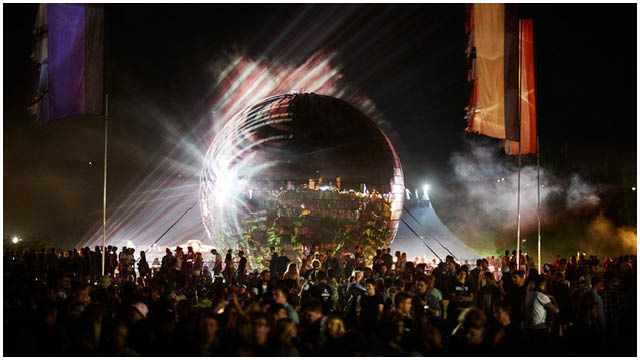 You may well be thinking that autumn and winter hibernation is the focus in your life right now and so did I before placing some rose-tinted, star-shaped glasses upon my face.

Let us ride the wave of summer and put the peace signs up because Bestival 2015 has brought us a right on line up of music, comedy and spa. Climb aboard their soul train and turn back time to experience feel good vibes, love and harmony from 10th- 13th September at Robin Hill Country Park in Isle of Wight. If you haven’t quite fathomed out curators Rob & Josie Da Banks theme then that’s a bummer but I can reveal it’s about the Summer of Love and their pick of acts are embracing the love too. Not to do things by halves your mind will be blown by starry stages, tranquil tents, animated woodlands and rolling hills. The Ambient Forest returns after its 2014 success, a haven under a canopy of trees (and  a true life saver if the skies open up,) home to all things funny & theatrical.

My favourite area has to be The Bollywood Field, a tent favoured by so many of Bestival 2015 DJ’s and revellers with Reggae riddims aplenty, it’s busy from early on and the cocktails there are worshipped by many. Need to unwind before heading home for the hustle and bustle of city life? You’ll want to nestle at Slow Motion, a safe covert with feel good activities such as yoga, meditation and aerobics (don’t forget Mr Motivator got crowds sweaty once upon a time in the hills) But if you’d rather save those steps for dancing and that energy for music, why not try Bathing Under The Sky’s wood fired jacuzzi’s.

Go check out these eclectic offerings, The Chuckle Brothers being their ditzy selves as well as performing their track and collaboration with Tinchy Stryder ‘To me to you bruv.’ Fancy some Wall of Death action? Nothing to do with moshing but death-defying motorcycle tricks inside a vertigo vortex of fear. The Wedding Disco, a retreat of 80’s pop classics and 90’s throwbacks, all without having to pay towards someone’s honeymoon and one of my faves, Musical Bingo, which is the best type of bingo, testing your knowledge of musicians rather than how quickly you can spot two fat ladies (WOBBLE WOBBLE.)

Most of you will be travelling via ferry and if you’re a fan of all things nautical (Bestival’s theme in 2013) you will love The Port, which is home to all things Dance, House, Techno and EDM. It would only be fair that this bustling port have some mad pyrotechnics to accompany it! Bestivals site is staggeringly large but surprisingly easy to get around, so don’t despair that you won’t see the act that you planned to see. The only issue will be letting your inhibitions go, sensing the activities and vibes and exiting away from the beaten track of an itinerary.

Saying that,  Bestival have brought you a far out  line up, here’s a few that I’ll be burning my bra to see- The female rapping legend that is Missy Elliot, Reggae master David Rodigan, Grime Casanova’s Boy Better Know,  90’s thought provoker Neneh Cherry and the epitome of present love ins-  Rudimental.  I was forlorn about having to wait a year until the next Notting Hill Carnival but Bestival saved me, bringing Carnival vibes to the Island with Shy Fx’s Party On The Moon, Toddla T, Redlight, My Nu Leng, The Heatwave, Gorgon City, Annie Mac & Seb Chew. Not even a quarter of this festival’s line up, my mind is about to blow and with a six day warning tickets are about to go! Adult tickets start from £195 with camping from Friday to Monday: http://www.ticketline.co.uk/bestival-tickets#tour

See you crazy cats there x