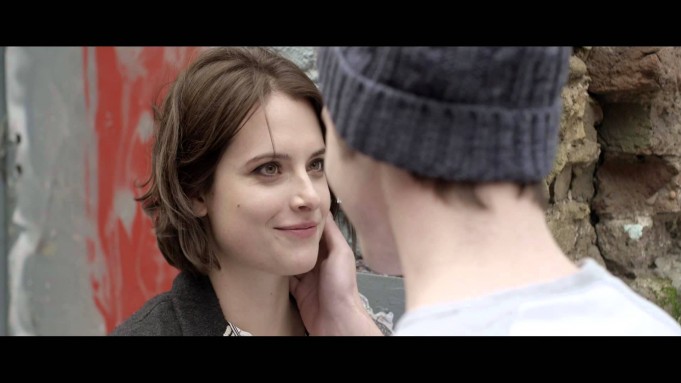 Is this a comedy? Is this a drama? No words can really express what this film is meant to be. I don’t even think the filmmakers knew what it was supposed to be and it certainly shows it.

Ryan (Chris Mason) young struggling writer from Liverpool, now living in London, whose best mates consist of Connor (Lucian Laviscount), a big time good looking young actor and John (Example), a hedge fund manager who lives for the high life. Ryan is under pressure to deliver his next book, advance already received but since splitting from his long-term girlfriend, Lucy, Ryan struggles to find his flow.  We follow Ryan and the boys living the ‘high’ life all surrounded by fast cars, fast girls and elite nightclubs as each of their lives start to unravel before our very eyes.

Example makes his acting debut in this film and we can’t help thinking not much acting was required as we see him as the number one party animal out of the three boys. Always up for a good time and has absolutely no respect for women or his friends girlfriends. He’s one of those men who think it’s acceptable to wear white loafers and not socks. We constantly see him swearing and his sexist attitude takes him on a bed hoping spree and encouraging his friends to do so. Whilst he has some of the funnier lines the ladies may feel nothing but disdain for this character. He does get his just deserts at the end of the film when he loses his job, but he quite quickly lands back on his feet when Connor offers him a job working for him.

The script is pretty lazy and lacks any real fluidity. Sub stories are thrown in one too many times as we see Ryan end up in bed with his agents wife while at a party and sneaking out under the nose of said agent in the morning. Coupled together with a random meeting of his old agents daughter at the same party which see’s them quickly indulge in a relationship that seems to move so quickly it’s totally unbelievable.

Connor’s story is not really any different, starting off on a high being interviewed in Radio 5 with his girlfriend and fellow actress, everything seems to be great between the two until she flies off to Hollywood when rumours arise of her relationship with the Director of the film she is working on. After pictures emerge of her kissing said director, Connor spirals into a world of depression taking to drink and a sordid session with Ryan ex-girlfriend in a club all to be caught on CCTV which leads the breakdown of the friendship.

The whole tone of the film had no sense of excitement or urgency about it. It quite frankly felt like it had been thrown together in a rush with no creative thought process. Dull as dishwater springs to mind. What were they thinking wasting their money on this production?