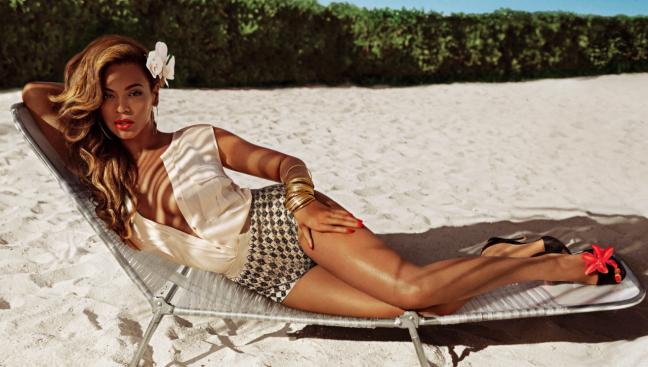 The retail chain has announced a new partnership for its summer campaign with none other than Beyonce. The songstress, who kicks off her Mrs. Carter Show World Tour on April 15, will front television and billboard adverts, which will introduce “Beyoncé as Mrs. Carter in H&M”, the idea that all women can be all things: strong, vulnerable, sensual, maternal, fun, flirtatious. The clothing will be available beginning May in H&M stores worldwide and online.

“I’ve always liked H&M’s focus on fun and affordable fashion. I really loved the concept we collaborated on to explore the different emotions of women represented by the four elements – fire, water, earth and wind. It was a beautiful shoot on a tropical island. It felt more like making a video than a commercial,” says Beyoncé.

“In the campaign Beyoncé is wearing the key pieces from H&M you need for life in the sun this summer,” says Ann-Sofie Johansson, Head of Design, H&M. “There’s the perfect bodycon dress, as well as a flowing sun dress that makes a real statement. And of course there are the bikinis, especially the fringed bikini. What makes these pieces even more special is that Beyoncé herself had input into the design, and they are full of her own personal style.”

The campaign images were shot in Nassau in the Bahamas by photographers Inez van Lamsweerde and Vinoodh Matadin, while the commercial was directed by Jonas Åkerlund. The commercial highlights the opposing nature of the four basic elements and will be available to view online in its entirety, with edited versions for TV. The commercial also features a new song from Beyoncé, Standing On The Sun, which will be available worldwide online and hm.com in May.