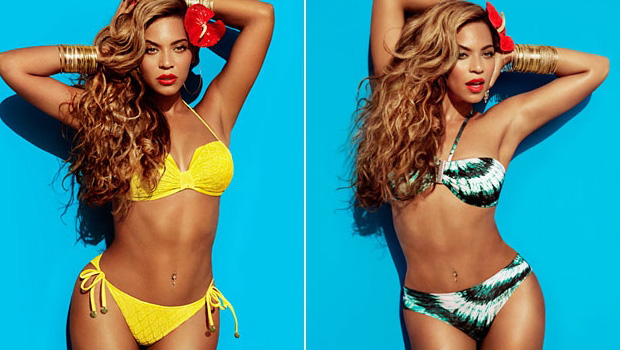 If you needed any motivation to help yourself get in shape for summer 2013, just take a look at the latest images of Beyoncé  in a bikini. The images are the first look at the “Beyoncé as Mrs. Carter in H&M”  summer wear line.

The line, featuring a range of swim and beach wear, was actually designed by Mrs. Carter herself. Ann-Sofie Johansson, H&M’s head of design said in a press release: “What makes these pieces even more special is that Beyoncé herself had input into the design, and they are full of her own personal style.”

The summer campaign will also feature a new track from Beyoncé called “Standing on the Sun”. The video has been described as “epic fantasy, with glamour, drama and also a sense of paradise” and we can’t wait. The line should be making its way online and in-stores around May…so better get saving now!

Rewriting the Rules: Fashion Trends That Changed the World