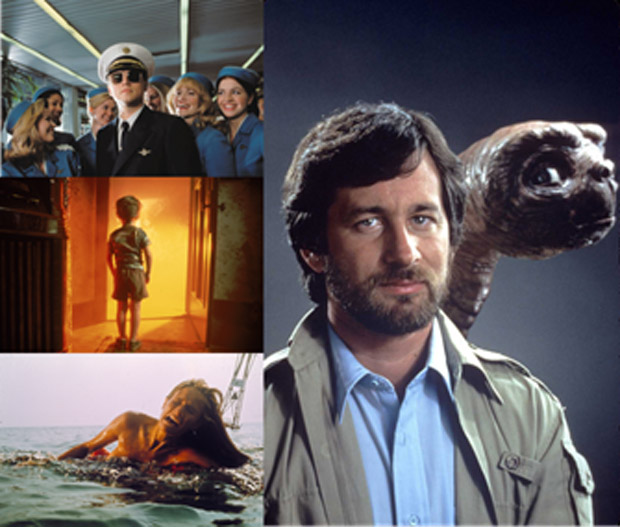 Includes an exclusive extended run of Close Encounters of the Third Kind (Director’s Cut), in a brand new 35mm print.

BFI Southbank today announces a season dedicated to one of the most influential and successful filmmakers in the history of cinema – the living legend, Steven Spielberg.

This season, taking place at BFI Southbank during June and July, will feature more than 30 of the director’s best-loved films back on the big screen where they belong, These include Jaws (1975), ET the Extra-Terrestrial (1982), The Color Purple (1985) Jurassic Park (1993), Schindler’s List (1993), Catch Me If You Can (2002) and Bridge of Spies (2015). The season will also feature an extended run of the sci-fi classic Close Encounters of the Third Kind (Director’s Cut) (1998), re-released by Park Circus on Friday 27 May and screening in a glorious brand new 35mm print, exclusively at BFI Southbank.

Three time Oscar-winner Steven Spielberg needs little introduction. He is undoubtedly one of the most prominent filmmakers in Hollywood and has countless critically acclaimed, commercially successful credits to his name, as producer, director and writer. His latest film Bridge of Spies (2015) was nominated for six Academy Awards, winning one, Mark Rylance for Best Actor in a Supporting Role. The BFG (2016) again presents Rylance, who stars as the Big Friendly Giant, alongside 11 year old Ruby Barnhill as Sophie; Penelope Wilton and Rebecca Hall are among the others in the film to be released in the UK in July.

Full details of the season will be announced in due course.