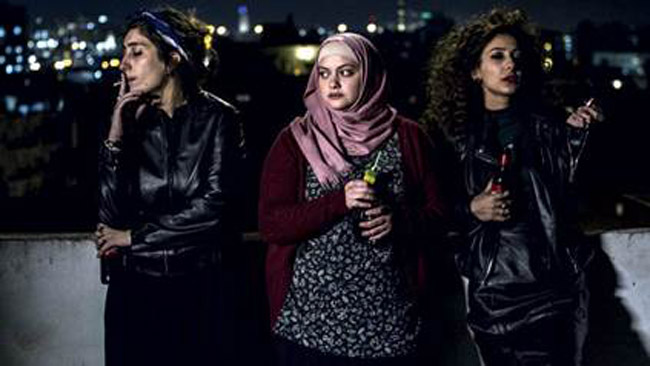 Tonight BFI Southbank will mark International Women’s Day with the London Premiere of the comedy In Between (Maysaloun Hamoud, 2016), about three Palestinian friends living in Israel.

The occasion also sees the announcement of new BFI Southbank season Girlfriends, a focus on black women directors, including the release of the restored Daughters of the Dust (Julie Dash, 1991), and a series of films by Indian women directors as part of BFI India on Film. With a year-round commitment to celebrate the representation of women and the achievements of women who work in film, the event also marks a year since BFI Southbank launched the Woman with a Movie Camera strand, which for the past 12 months has partnered with a range of women’s organisation to showcase the best cinema created by, and about, women.

This September BFI Southbank will host Girlfriends, a one month season which put women’s lives centre stage. The season traces female friendships on and off screen including Dance, Girl, Dance (Dorothy Arzner, 1940), Daisies (Věra Chytilová, 1966) and a special 20th Anniversary Event of Romy and Michele’s High School Reunion (David Mirkin, 1997). The season will look beyond stereotypes and shows women finding their way in the world and working together to create change. The films explore the complexities that come with female friendships and show that such representations are not a recent phenomenon, but stretch back to the early history of cinema.

This June BFI Southbank’s regular Deep Focus season, programmed with Sight & Sound will present the black female experience through the lens of black female directors. This follows on from BFI BLACK STAR – the UK’s biggest ever celebration of black screen actors – and will include the BFI theatrical and dual format edition Blu-Ray and DVD release of Daughters of the Dust (1991), Julie Dash’s ground-breaking first feature and the first feature film by an African-American woman to be released in cinemas in the United States.

As part of BFI India on Film, in conjunction with UK India Year of Culture, the BFI Southbank will be introducing a showcase of female Indian directors with films such as Firaaq (Nandita Das, 2008), A Death in the Gunj (Konkona Sen Sharma, 2016), Astu (Sumitra Bhave, Sunil Sukthankar, 2013) and 36 Chowringhee Lane (Aparna Sen, 1981).

Currently running at BFI Southbank is a season dedicated to American-indie director Kelly Reichardt, whose latest film Certain Women (2016) is in cinemas and screening at BFI Southbank. Next month sees the start of Girls Like Us, a six-week season looking at the crucial role played by British women in World War Two, curated by Stephen Woolley the producer of Their Finest (Lone Scherfig, 2016).

These activities align with the BFI’s new strategy BFI 2022 which commits to drive forward the BFI’s Diversity Standards to support greater diversity in the film industry and inform its funding decision making and year-round programming which celebrate the representation of women.