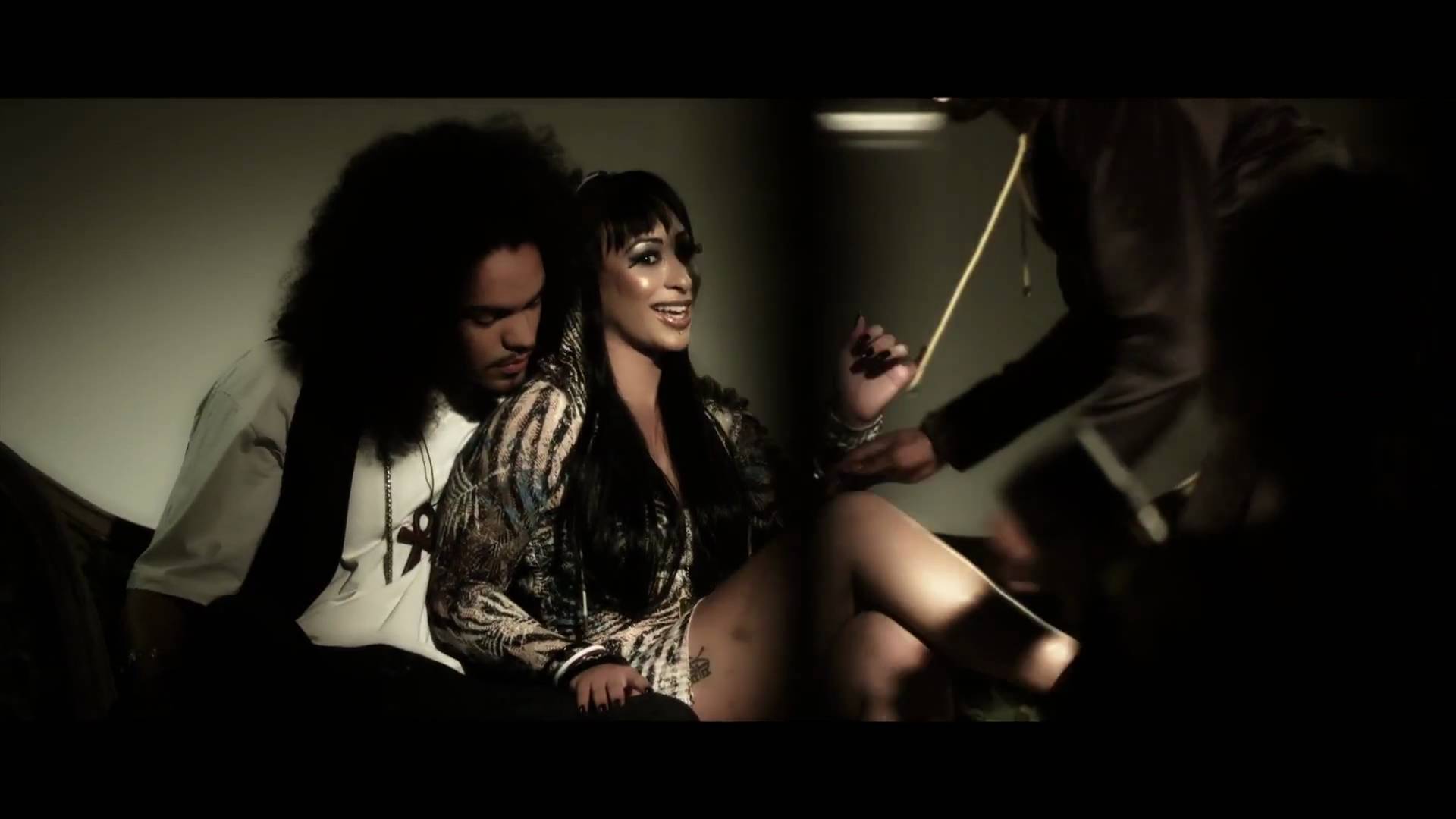 Bianca Simmone is a lady of many talents. Having established herself as one of the most successful urban models in the UK, Bianca is now turning her hand to music as she embarks on a singing career. With tons of celebrity friends such as Bird Man, DJ Kay Slay, and Jay Sean to name a few, it would seem that Bianca is destined for stardom.

University of life
Born to English and Jamaican parents, this West London beauty realised her vocal flair at the tender age of just eight. Admitting that
she has no formal training, Bianca insists that ‘growing up is a form of learning and as I did that I got to nurture my voice more and find my style.’ Her love for performing spurred her on to enroll in Saturday classes which focused on singing, modelling, dancing and acting. Bianca later went on to study Beauty Therapy after taking her GCSEs, but the stage continued to call out to her. ‘I enjoyed it [beauty therapy] but a large part of me wished I had taken up Music or Performing Arts instead.’
Investing her own time and money, Bianca started going to open castings, styling her own shoots and putting together her modelling portfolio. It wasn’t long before her good looks, charisma and professional attitude to work got her noticed by none other than Bird Man of US rap collective Cash Money. Since then, Bianca hasn’t looked back.

Handling the pressure
With the impending release of her debut single Pressure, Bianca can barely hide her excitement. ‘Pressure is a feel-happy song. It’s about when a man cannot handle a woman. Whether it be the way she looks or her independence or her workload.’ The single, produced by H.Money of Black Out Entertainment, is an up-tempo track with an RnB influence that Bianca describes as crossover R&B. ‘My tone and style is RnB but I’m influenced and open to all styles of music. So I may lace a track with my vocals and catchy RnB melody and voice but I might be sitting on a rock beat or hip hop. I like to sit on the edge and not be pigeon-holed.’ The track also features female MC Baby Blue, who Bianca says is similar to her in both style and work ethic. ‘We wanted to have a feature on it [the track] and thought of who would sound best and give it that edge. It is always about stepping up the game in this industry, so having two female artists from the UK, one being a singer and the other who raps on one track made sense as it has never been done before.’Always humble and thankful for her blessings and success thus far, Bianca reveals the inspiration behind her relentless drive. ‘My family is supportive and loving and my mum is such a hard-working and a lovely woman. They have helped me be the person I am today.’ Working to succeed
As a newly emerging artist in the music industry, Bianca knows that focus is key and is under no illusion that there is still so much work ahead. ‘The industry is no joke. So many people want to be in it and are waiting to take your spot – you have to put 110 per cent into what you do.’ Coming from modelling, Bianca is aware that she has even more to prove in order to be taken seriously as an artist. One way to silence the naysayers is to prove that she is much more than a pretty face. ‘I have had many people already asking me to do shows. I will definitely be performing live it’s the only way forward.’
And of course with live performance comes a gruelling keep-fit schedule. ‘I try to attend gym regularly. It’s hard as food makes me happy and I’m a woman who knows how to eat. I’m not going to lie, it’s not something I enjoy [gym] but it definitely has to be done – along with a change in eating habits too.’

Future prospects
Now under the direction of management company Black Grape which also houses top comedian Eddie Kadi and jazz sensation Yolanda Brown, Bianca is reflective about her journey thus far and the road ahead. ‘I know I am blessed and lucky to have such a great support network,’ she states. Knowing that all eyes are on her, watching to see if she replicate the success of her modelling career with her new calling that is music, Bianca insists that for her it’s all about the enjoyment of her craft more than the success. ‘When I work hard and put it all together and I see it unfold and people appreciate and like my work – that fills me with joy.’

Pressure is out now and is available to download on iTunes. For more information visit
www.biancasimmone.com