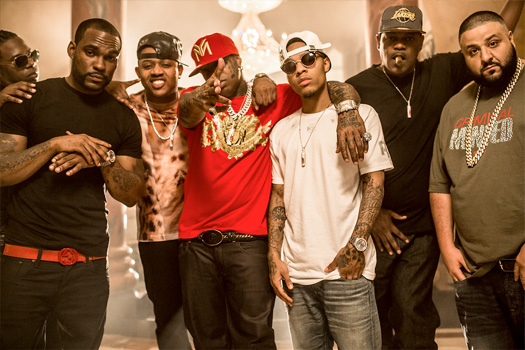 The plot includes Paris and Christina posing as sexy waitresses at a party thrown by Tom Ford at his mansion but they end up drugging the poor guy and make off with cash and jewels stolen from his safe. Kimora Lee’s only role seems to involve her randomly walking down a hallway on her own but hey it’s only a music video after all (although at nearly five long it feels more like a movie) On paper it really shouldn’t work but it kinda does! Once you get over the crazy brilliance of the farfetched video you start to focus on the song. ‘Tapout’ shows off Lil Wayne’s gritty vocal style, as he lays down lyrics enthused with his usual swagger. The memorable hook comes courtesy of Future and Nicki Minaj adds some much needed girl power to a song which sports the tagline ‘million dollar pus*y’ with her mean rapping and scorchingly seductive vocals. Definitely one for the bedroom.