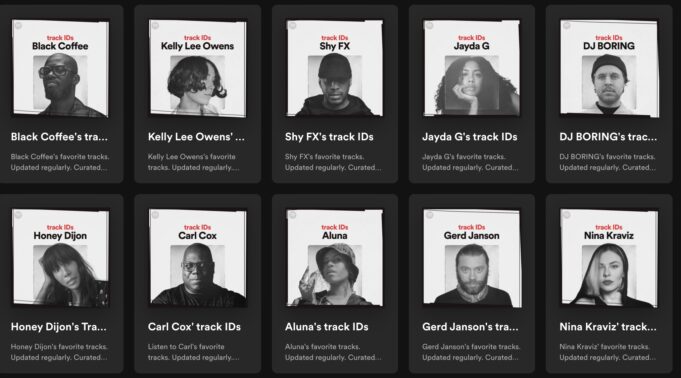 How many times have you listened to your favourite House, Dance, Electronic & DnB DJ’s while have to shazam to find the name of the track? Annoying right?

This playlist shows what I would play from intimate venues to the big stages of festivals, I hope you’ll enjoy!” – Amelie Lens

Available globally, these playlists were created in response to one of the most frequent questions DJs get asked during their sets, “track ID, anyone?” The “track IDs” will provide DJs with a platform to easily share the tracks they would play in their sets while allowing them to connect with their fans in a way they haven’t been able to do so before.

It’s no secret the tracks I play are usually unreleased from whichever sounds I’m into at the time. Right now, with the usual game on hold, this playlist feels quite personal. Of course, there are the floor fillers in there, some from prior lockdown, some that never have been tested on a dancefloor. But I’m more curious to gauge the listeners’ response to the underdogs.” – Dixon

The “track IDs” can be found exclusively on Spotify