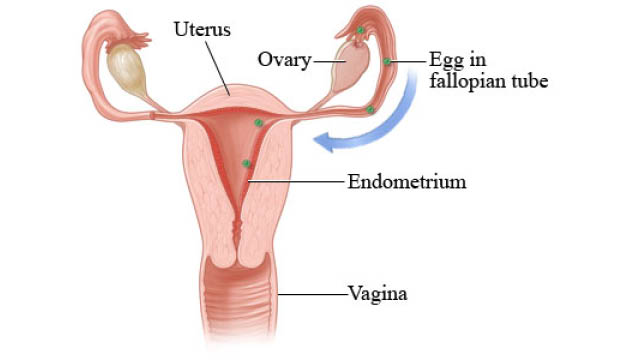 Imagine if men bled once a month. From the end of their penis. About a tea cup full a day. All over their pants. When they got in bed it went all over their sheets.

When they wanted to play football they had really bad tummy ache and their shorts got all bloody at the front too. Imagine if the goalkeeper wouldn’t pick up the ball they’d touched and the game ground to a halt and football everywhere died because of their “horrible” bleeding penis.

Imagine if then they had to worry about if it was smelly. Or perhaps someone might call them dirty.

Imagine if they felt legitimately angry about something…. Possibly a human rights issue. Imagine if they expressed that really eloquently. Imagine if then some woman said “Jesus. Have you got the decorators in love?” and dismissed their valid point.

Imagine if one of the contenders for President of the United States of America referred dismissively to the blood coming out of that man’s penis as “bleeding out of his wherever..” because he had asked a question of that Trump in his professional capability as a journalist.

Imagine if those men had to endure… for most of their lives… these kind of comments about the blood coming from the end of their penis every time they expressed a pertinent view of something that mattered. Maybe in the office, in front of a roomful of smirking women. Imagine if they had to go to the shops and spend about £5 a month on something to stop the blood coming out of them from going everywhere …like the bus seat or the sofa. Imagine if at a really delicate age – when they were possibly struggling with a range of body issues imposed by a media which made them feel too fat, or too thin, or just too much – they’d had to make a decision whether to stick something onto the end of their penis to mop it up or to negotiate the tricky process of sticking something that looks like a mouse down the end of their penis to mop it up.

Imagine if they had gone to school and a girl had then stolen that secret “mouse” from their bag and stuck it in their friend’s drink for a laugh.

Imagine if their penis had clots of blood the size of a ping pong ball coming out of it. Clots that made them feel so weak they couldn’t stand up. Imagine if they couldn’t tell their boss this because they’d be seen as not committed to their job.

Imagine if they knew that if it wasn’t for the blood coming out of their penis, which is actually pretty magical, then no children would be born and the human race would die out, but no one gave them or other men with magical bleeding penises any credit for that.

Women must pay tax on sanitary products. That means they are designated as a luxury item by our government. 5% of the purchase price is added on top. Unlike Jaffa Cakes or Pitta Bread. Which most women don’t want or have to shove up or on their vaginas.

As Jessie J once said “It’s not about the money. It’s not about the cha-ching cha-ching…. It’s about the systematically unfair treatment of women embedded in our societal structures.” Well maybe she didn’t say the last bit. Or she did and it got drowned out by guitar or something. Let’s imagine she did.

Many women have found this unfair for years and have said so many times. No one has listened. Conservative MPs overwhelmingly voted to keep the tax this week.

I think it would be enlightening to know how men would feel if any of this was happening to them. I imagine it would be funny to hear them say….

And then they did. And it went bloody everywhere.

This tax on something only women need to use is grossly unfair. If you find the descriptions in here gross but not that – then you are missing the point.