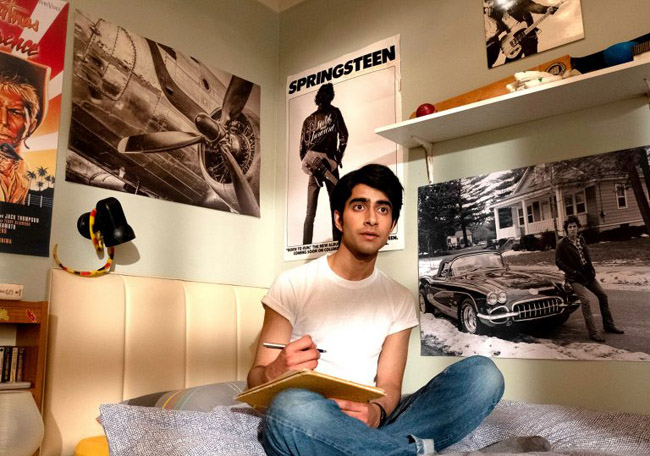 An anger-inducing social commentary and likeable lead can’t save the awkwardness and tedium of this little musical number.

Bend it Like Beckham’s Gurinder Chadha is back trying to regain the form that so enamoured audiences with the Keira Knightley lead favourite. This time around Chadha relies not on Beckham and football to speak to the masses, but like Danny Boyle’s ‘Yesterday’ music, and in particular, Bruce Springsteen’s music is at the heart of this tediously long coming-of-age throwback.

Set in Luton in 1987, the story centres on a young Pakistani boy called Javid (Viveik Kalra) trying to find his place in society. Son of a strict Pakistani father but British born has Javid torn between his traditional roots and expectations and a need for the freedom’s British values provide. Entering a new year at school, not only awakens his ambitions for his future but new friends too, one in particular that introduces him to Bruce Springsteen’s music whose lyrics cause a tidal wave in his life.

The film isn’t taken out of the pages of a fantasy novel but is inspired by the life of the Guardian journalist Sarfraz Manzoor (who also co-wrote the script). It sheds light on the prejudices and despicable racism that seemed the norm during the time, as well as the poverty that the Tory-Thatcher regime so cruelly bequeathed the nation – a period of history that despairing is repeating itself some thirty years later. Its conscious effort is something to behold but we have to remember this is supposed to be the film-good film of the summer but it’s the feel-good slice that lets this down.

Whilst trying to recreate a similar template to that of Bend It Like Beckham, it tries to inject the charm of Sing Street and fails miserably. Whilst no one else finds Javid’s new obsession with The Boss cool, it doesn’t stop Javid from breaking out in constant song and dance numbers that are not just awkward in their deliverance but jarring and stuffed into the plotline with no real cohesion. It becomes a running joke of embarrassment. None more so than the first night, during a storm that Springsteen’s words first speak to him.

It starts off on the right footing with the likeable leading character and anger-inducing social commentary but as soon as the musical numbers kick in Chadra’s offering becomes a scrappy manufactured puddle of British nonsense which made me wish I was born to run.