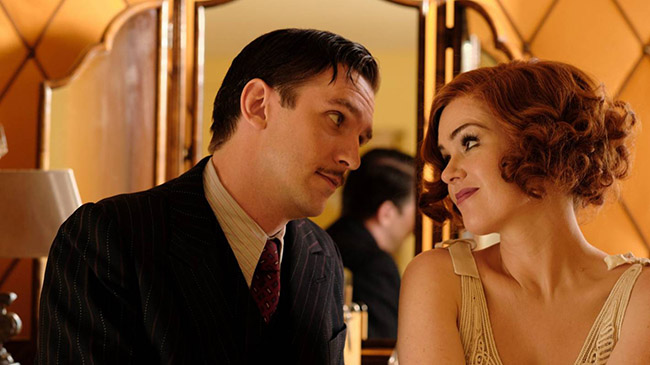 A cheap version of Death Becomes Her that has all the humour of a dead wet fish.

A revival of a Noel Coward play, one in which has been done to an untimely death whether on stage or screen, would see the famed playwright ultimately turn in his grave for this butchered adaptation.  A cheap version of Death Becomes Her that has all the humour of a dead wet fish does nothing but leave the soul feeling just ever so slightly numbed from the boredom.

The story follows writer Charles Condomine played by Dan Stevens – a writer who faces an anxiety-inducing writer’s block as the deadline looms to finish the screenplay adaptation of one of his books. Plagued by thoughts of his dead wife, Elvira (Leslie Mann) comes a hindrance to his second wife Ruth (Isla Fisher) as they traverse the life of upper-class England and under pressure from her film producer father. After a visit to a show by medium Madame Arcati (Judi Dench) goes horrible wrong, Charles thinks he finally has that angle he has been looking for in moving forward with his work.

Inviting Madame Arcati to his home, for research purposes, the bumbling medium finally gets something right by resurrecting Elvira’s spirit. Unbeknownst to anyone but Charles, Elvira’s malevolent spirit will stoop to any level to get her husband back into her arms from cutting breaks, throwing plates to spiritual carnal affairs; Charles is once and for all revealed as nothing but a fraud.

Originally destined for the big screen and filled with a cast that simply can do better, with Downton Abbey’s Dan Stevens being the supposed big draw, every corner reeks of desperation, trying too hard for laughs from a flat script. Stevens seems to have become lazy in his role choices. Once too often, he has opted for characters that are in danger of placing him on the Keira Knightley spectrum of a one-trick pony. Fisher is fine, Mann is fine, Dench is wasted but then no matter how good an actor or actress, you’re only ever as good as the material you’ve been given to work with.

For all that is inherently wrong, the one thing they did get right was the lavishly decadent and stylish costume and interior art deco decor. From Isla Fisher’s drop waist frumpy, prissy dresses to Leslie Mann’s more risqué little numbers, the 40s’ never looked more elegant in its visual prowess.

Adapted by Nick Moorcroft and Meg Leonard (Finding Your Feet, Fisherman’s Friends) and Piers Ashworth (Fisherman’s Friends) with Edward Hall (Downton Abbey, Spooks) making his directorial debut, one would wonder if Hall and the writers would have done a better job if the pressures of such an acclaimed work from a highly acclaimed writer weren’t hanging on heavy on their shoulders.