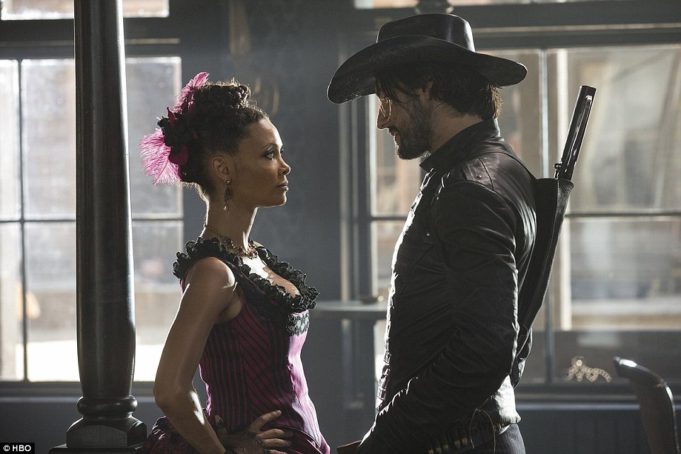 HBO’s new sci-fi blockbuster Westworld is is premiering October 4 on SKY Atlantic and features everything one could need to keep us entertained.

Not only does it have an incredible all star cast of Anthony Hopkins, Thandie Newton, Ed Harris, Jeffrey Wright, James Marsden and Evan Rachel Wood.

Westworld promises as visual array of Blood, sex and violence and is based on the 1973 sci-fi film about a futuristic Wild West theme park.

The one-hour drama series Westworld is a dark odyssey about the dawn of artificial consciousness and the evolution of sin. Set at the intersection of the near future and the reimagined past, it explores a world in which every human appetite, no matter how noble or depraved, can be indulged.