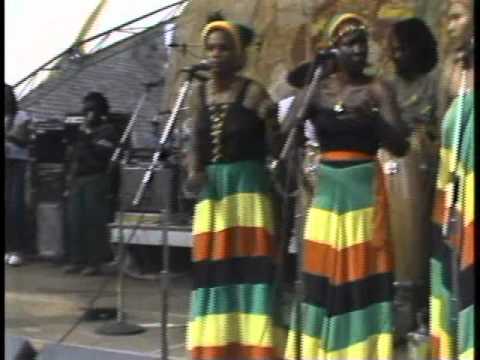 How well do you think you know him? In Marley, the director aims to show us the true man as well as the legend. So here’s a bit about Bob the son, the father and the friend, because even our heroes have to take a day off once in a while… Bob wasn’t actually called Bob
He was born Robert Nesta Marley, but a Jamaican passport official swapped his first and middle names when he was little.

A self-identified black African
Despite being mixed race and born in rural Jamaica, Bob created his own identity.

The ladies loved Bob
Although people debate the exact number, the Bob Marley official website says that he had 11 children. With that many babies around, perhaps that’s how his band got the name ‘The Wailers’! (It wasn’t, but we thought that was funny.)

A lover not a hater
Although there was pressure for Bob to support one of Jamaica’s warring political parties, he remained neutral, and famously got the two opposition leaders to shake hands at a concert in 1978.

The owner of a BMW
He said it wasn’t a luxury car he was after, he just liked that the make’s initials were the same as Bob Marley and the Wailers.

A crowd-pleaser
He got fired after the fourth performance on a 17-concert tour because The Wailers were more popular than the band that they were supporting which was supposedly the number one black act in the States at the time.

A vegetarian
The loving soul decided not to eat meat, something that must have been a big sacrifice, considering all that yummy Caribbean jerk chicken.

A young man
Bob died at just 36 due to a melanoma in his toe, which caused cancer to spread throughout his body. In fact, his youngest child hadn’t even been born at this time. Bob’s children are continuing his legacy today, with many in their own musical careers.

A man who believed in people, not things
Bob had a fairly simple lifestyle and saw people, music and weed as his luxuries in life. This was something he carried with him to the end, his famous last words being, ‘Money can’t buy life.’

Marley Moments: What the stars had to say about Bob Marley…

Bob Marley’s music lives on, bringing him a sweet and apt immortality. Indeed every artist worth their salt has the aspiration that even if they are forgotten that their music will always be a reminder that not only did they live but they gave music as their legacy. Here’s what a few of our famous friends had to say about the musical legend.

Sean Paul
‘I think “Natural Mystic” is one of the songs that comes to mind when thinking about Bob. It’s such a mystical song, it starts with the baseline floating in and it’s almost like floating smoke. Hot music, but I really don’t have a favourite; Bob Marley is a timeless artist.’

Ice Prince
‘My favourite Bob Marley song would be “One Love”. I know that’s very cliché. Oh, no, “Redemption Song”! His music has been so influential because it is the truth. He is speaking from the heart, not just fabricating words, not trying to sell records. You feel the passion.’

Gyptian
‘Once you do reggae, it’s impossible for you not to love Bob Marley, because he’s the biggest so far. So far we’ve had Shaggy, Sean Paul and Bob Marley, but Bob Marley’s in his own league.’