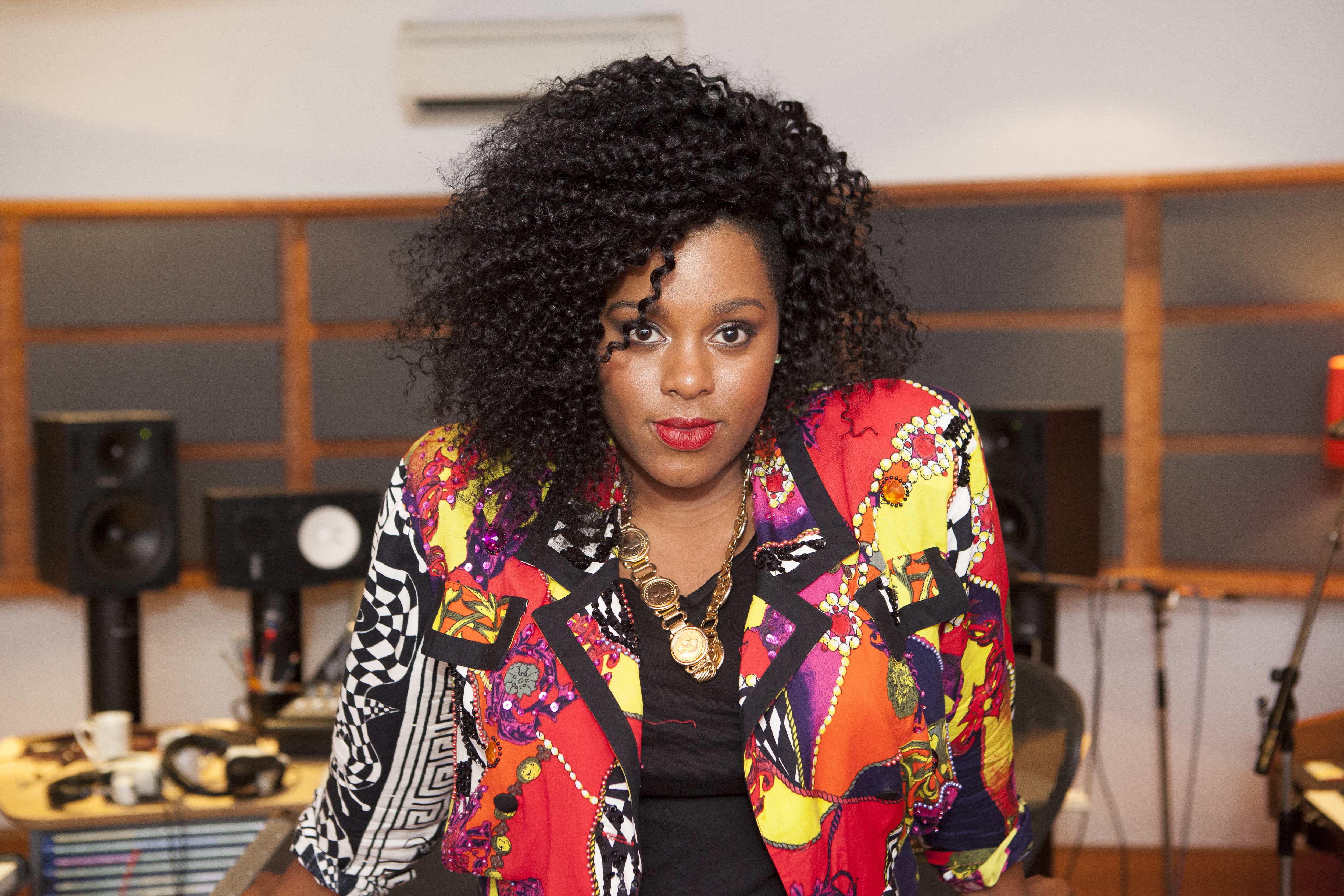 Singer songwriter Bobbie Gordon is a self proclaimed lover of the 80’s era. Having sung backing vocals for some of the biggest and best in the business think- Adele and Cee Lo Green to name but a few, Bobbie is embarking on her solo career.

In its third year, the innovative and fresh Bacardi Beginnings mentoring competition is helping to push Bobbie’s brand of powerful vocal versatility. Collaborating with her mentor and the brilliant Bloc Party lead singer Kele Okereke on a track called Down Boy, due for release on the 12 12 13,  Bobbie is setting her musical stall out just right and we love it!

Firstly this whole event is about people collaborating. Explain your relationship with Kele?

I’ve known Kele for a few years, I worked on some tracks on his first solo album The Boxer (2010). He asked me to be a part of this Bacardi collab and I jumped at the chance to work with him again. There’s loads of laughing in the studio when we are together and creatively I think we work well. I’m excited for you all to hear what we have been up to. Your work with other artists is off the hook, explain some of the highlights for you-Adele must have been great?

Yeah working with Adele was insane, love her, great energy. I have definitely been lucky in working with such people, like Cee-Lo, he was wicked, and The Noisettes was crazy fun! Bryan Ferry is a dream and he’s coming on the launch event on the 12th to support me, which is cool. I’ve learned a lot from all of them individually as performer and writers. I guess I have had the best masterclass ever!

Musically your history seems to run deep. Explain your beginnings and how you came to this world of music?

Mum was a singer she sang with Maxi Priest before I was born and still when I was small. The house was always full of music when I was growing up, so singing and song writing was introduced very organically to me. Being in bands in my teens was the way I found out what I liked and what my voice was like. It was great to experiment and have the freedom to do that and also have the support of my family who never told me to get a real job when I was 18. I went to music school instead, worked at footlocker to pay rent, and then had some lucky opportunities for backing singing work with various artists, and I guess it all spiraled from there. Talking about it now seems like a bit of a whirlwind really. I’ve had fun!

You have done backing vocals for some big names. Is this the time where you rid yourself of the backing vocal tag properly withyour current EP?

I wouldn’t say “rid myself” of the tag. I’m proud of starting as a backing singer. Some of my best friends and peers are backingsingers and the talent that they have is amazing, so to be marked with the same brush as a “backing singer” would be nothing but a compliment for me. If I didn’t do bv’s and work hard, I wouldn’t be doing what I’m doing today and I would be a completely different artist in my own right. I definitely feellike I have earned my stripes.

Explain this love of the 80s when so many people deride it?

Well it’s the late 80s, more 90s that I’m in love with. It’s pure nostalgia for me really. Everyone has their own decade that makes them smile… the 90s is mine 🙂

Luke Oldham connect – break that down and why him?

Basically him and me started writing songs 2 years ago. We wrote “Skin” together, and that’s a tune we are so proud of. It got a great reception and reactions were so good. He is one of the most talented producers I have ever met and in the studio we really push each other’s boundaries. He is the one who initially dragged me out of my “musical comfort zone”, and I can only thank him for that.

Can you give me some background to your track ‘Down Boy’ BACARDÍ Beginnings with Kele?

I don’t want to say too much about “Down Boy” BACARDÍ Beginnings because I want people to hear it when its released and judge for themselves, but I can definitely say it’s a tip of the hat the music me and Kele love and dance to!

What was the creative process in creating the track? What was the inspiration behind the sound?

We had one idea really, that was to make people dance.

I wanted to ask about the music mentoring side of BACARDÍ Beginnings programme – are you going through that process now with Kele?

It’s so nice having a “big brother” mentor- Kele is a ridiculous talent and it’s been amazing working alongside him and learning from him. Bacardi has given me that great opportunity, and I’m proud to part of the process. Working with Kele in the future is the plan, but initially we are both excited to finally release “Down Boy” on the 14th Dec.

Can you give me a run down of your realistic goals/dreams for next year?

Finish the EP. I’m working with Brad Ellis who co-wrote “Afterglow”, so that will be exciting, as well as working with Kele. Once the EP is finished, I will be able to see straight and go from there.