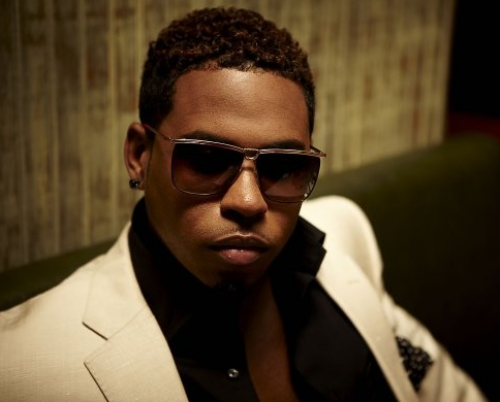 Slow Down was the huge and I mean HUGE debut track from one Bobby V (originally Bobby Valentino). The melodic single with its killer hook and chorus was literally everywhere blessing shows like Top of Pops to radio stations like Choice FM before  the station was assimilated-“resistance is futile” and became Capital’s bitch (sorry).

After all the tantalising potential that Bobby showed however Slow Down (which was certified Gold) remains Bobby V’s biggest hit. Not an issue really because it was such big track but what is an issue is the fact that once again music complications cause another artist problems.

While he has still put out five albums to date, issues with a label and the further protracted fall out meant his albums were not pushed properly; consequently in the UK we have not really heard much of the singer with the killer vocals.

Anyway having appeared in the UK some three years ago Bobby V makes a return in the huge show this month RnB Super Stars at Wembley Arena on the 16th of November. Featuring some of the biggest names in the game like Kelly Price, Faith Evans, Sisqo (and one of my personal favourites) Dave Hollister he lines up to drop a set with his band. Positively excited as he states, “they will have to drag me off that stage” he gets the chance to drop some new material from his forth coming ep Peach Moon a project that sees him creating music that “represents” him more. I know you have been putting out albums but here in the UK we have not heard much from you?

That is one reason that I am doing the show because the UK has been one of my biggest markets for album sales and support the UK fans have always held something for me. I have been over to the UK a lot throughout my career really but I expect the absence has come from the issues I had when I changed record labels my album was not released in the UK or promoted and so it looked like I had fallen off but I can assure you I had not.

It must have been difficult period knowing that the fans base you have in the UK was not getting your music.

There have been a lot of hurdles but you cannot stop just because someone tells you that you cannot do it. I remember when I first came out I was on Top Of The Pops and on big radio shows I was being seen on some major platforms over there in the UK and I want to get that back but it is a lot to promote an artist internationally.

It must have been difficult dealing with the fact that you were not promoted.

Look you have to work hard-what you put into it you get out. You have to have focus, drive and you have to work hard and if you work hard you will be successful. That is why I have been around for so long-I mean Slow Down came out in 2005 and I am still doing music and that is a blessing because I have seen so many artists come and go and while it was not great I am grateful that I can and do create music.

So you are coming back to the UK like some phoenix!

I am not just saying this but the UK is my favourite place to come. I feel so much love and support from the fans. I am really excited to come and I will be coming with my band and now I am also playing the piano. I feel this performance is my re-introduction and I want to be in the UK more and I want to tour in the UK more. The fans need to know that I have not fallen off!

I know you have fresh material to push as well when you come.

Peach Moon is what it is all about for sure. After Slow Down I was in this position where I had to like follow the trend to stay relevant and make music that I did not really want to make and I just got tired of that. Peach Moon is music that I love and music that I want to do. The ep will drop in December and then I am working on bringing a full album. It will be my first time performing in London for like three years and that will be the first time I will perform with my band in London and I will be doing all my hits and they are going to have to pull me off the stage.