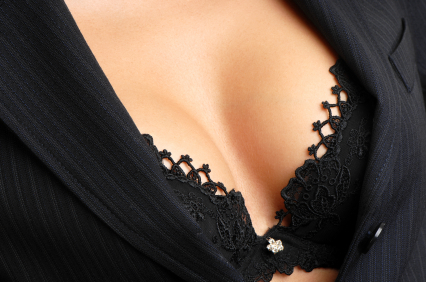 Over the last year alone there has been a 35 percent increase in the amount of women having breast augmentation surgery, and it’s the reason why so many people have dubbed the recent increase as the ‘boob job boom’. There is no denying that the cosmetic surgery industry has seen a constant increase over recent years, and even more so other the last few months. The recession has yet to stop the influx of women booking their ops, and there is no sign of this changing any time soon.

Celebrities are fuelling the trend with ever growing bust sizes. Some subtle increases like Kelly Rowland who went from an A Cup  to a C cup when she was 28 after thinking about it for 10 years.

‘I wanted to get breast implants when I was 18, but my mom and Beyoncé’s mom told me to really think about it first,’ the now-32-year-old told Shape magazine.

She added: ‘I took their advice and waited 10 years.’

Many women want a breast augmentation for reason other than wanting to look like a glamour model. Often patients are seeking a much more natural uplift and definition rather than an enormous bust that looks obviously fake. A great deal of women decide to have a breast augmentation after pregnancy because of the sudden weight gain, and breast feeding which has left their chest feeling less full. Kourtney Kardashian had her breast augmentation after the birth of her son Mason for a fuller bust line.

There are also many other women who opt for a boob job because they’re unhappy with how the breast look and feel – either they’re too small, have an odd shape, or maybe they’re too big and have drooped a little. The MYA patient stories give a fantastic insight into the dramatic difference breast augmentation can do for the lives and confidence of women. Helen’s story details the journey of a 39 year old woman who, after wanting bigger boobs all her life, finally took the plunge after having her two children to turn her dream into a reality. There is also Jenna Dexter’s story, an 18 year old who was fed up of waiting for her boobs to grow larger. Despite the differences in age, Helen and Jenna have very similar stories, they’d both wanted to change their busts for a long time, and for similar reasons.

Breast augmentation is booming, and it is by far one of the most popular cosmetic surgery options available. With more and more women seeing the results they want, it’s doubtful that there will be a dip in numbers in the near future.