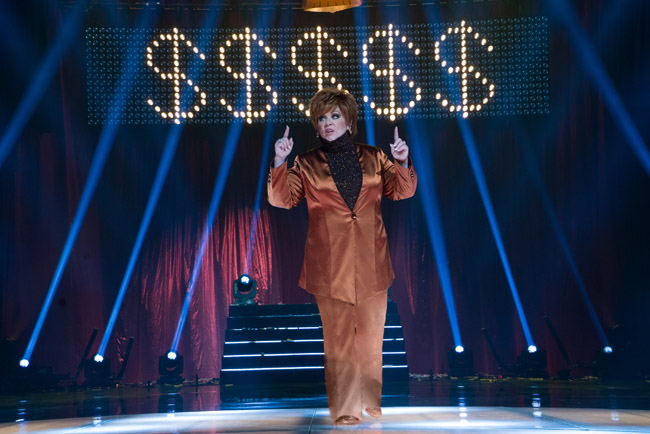 With a Melissa McCarthy film, you know exactly what to expect and with The Boss, where she plays a fallen business tycoon they story is no different. Which is a major shame as with the right storyline and script McCarthy could really shine as she deserves?

This time, McCarthy teams up with her husband, Ben Falcone (Bridesmaids,Spy) to put pen to paper, co-writing a script that lacks the humour the film desperately cries out for. The Boss also see’s Falcone in the Director’s chair for this foul-mouthed escapade  – the pair seemed to be joined at the hip and for once it would be quite refreshing to see McCarthy branch out on her own. The start of the movie gives us a small insight into the early life of Michelle Darnell (McCarthy), rejected by one family after another as a child and returned back to the orphanage in which she grew up. Laying the very foundation of her attitude towards life and family she has as an adult. Fast forward at least 30 years and we have Darnell, the 47th wealthiest woman in the world, living the high life, giving speech after speech and having no regard for anyone but herself. It’s not too long before her bubble is burst and she is thrown into prison for insider trading.

After an extremely short stint behind bars, Darnell is released but totally flat broke with nowhere to go and no one to turn to accept her previous personal assistant Claire (Kirsten Bell). Turning up on her doorstep, it’s Claire’s daughter (Ella Anderson) who takes pity and convinces her mother to let her stay.  Here enters one of the rare comedy moments this film has as the sofa bed is made up for Darnell’s stay, she proceeds to sit on the end of the bed for it to catapult her up against the wall with so much force it’s hard to believe it doesn’t draw blood. From this moment on it dawns what road this average ‘filler’ is taking. Mishaps, falling downstairs, mild vomit inducing sexual vulgarity and foul-mouthed tirades galore explode like a balloon filled with paint. As Darnell plots her revenge against her main rival Ronald or how he likes to be called Renault (Peter Dinklage), who quite frankly makes this watchable, oh he was also her ex-lover, Darnell for the first time in her life starts to experience those feelings of love of a family, one in which she has never experienced before and totally screws it up.

Peter Dinklage is the only actor who comes out on top in this slightly sentimental and extremely average ‘comedy’, he has the best lines and at times completely upstages McCarthy, who takes a striking resemblance to our beloved Rita from Coronation Street. Had she been sucked into watching the British TV Series when she first started writing this script 15 years ago?

The Boss is out UK Cinemas June 10.