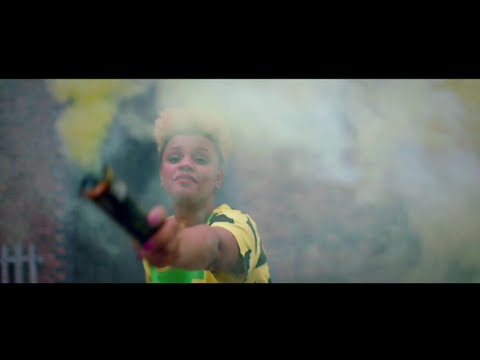 Skepta – the ‘King of Grime’, JME – the ‘Hype, Hype Ting’, Maximum – the undisputed heavyweight champion DJ and Shorty – the ‘Wickedest’ MC… (And that’s just four members of the group). Imagine the energy, talent, entertainment and excitement, when all members of the legendary grime collective, Boy Better Know, take to the stage on the 7th November, to compete in a Sound Clash to end all other Sound Clashes.

The Red Bull Culture clash returns once again, this time to be held at London’s Wembley Arena. BBK will go head-to-head with some of the UK’s most notorious sound systems/crews. Amazing acts such as Annie Mac presents Magnetic Man, Major Lazer and Channel One + various special guests will all be competing on the night… however, there can only be one winner.

BBK – as always – are confident that they will walk away with the title. Flavour Magazine briefly caught up with four members of the group at the trendy Red Bull Head Quarters. Boy Better Know make it clear that they are going to win, tell us who is going to lose, explain why Jammer and Snakeyman just can’t seem to get along and reminisce over some of London’s most notorious grime clashes – witnessed first hand.

TJC: In your own words, what is the Red Bull Culture Clash, for those who have never heard of it before?

Shorty: The Red Bull Culture Clash is a clash between four different sounds, playing different genres of music and we’re all just going to be ‘going at it’ on the night, basically. It’s Major Lazer; Annie Mac presents Magnetic Man, Channel One and obviously, us. It’s going to be a big night.

TJC: At the moment, who do you feel is your weakest competition?

JME: No, one half of Channel One.

Shorty: You know why? In the advert (for the Red Bull Culture Clash) he was pointing at his speakers and he said [Jamaican accent], ‘dem speakers there, ah go win di clash’.

JME: But they aren’t allowed to bring them so…

Skepta: Those speakers are not coming to Wembley. They are not allowed.

JME: So they’ve lost init? It’s just him actually. The other guy in Channel One might win it for him…

TJC: Who do you think you may have to watch, who might pull out some tricks?

JME: Yeah, they are the closest to us in terms of the style of music.

Shorty: We are going to win, but they are the closest to us… They are the only competition, like.

Maximum: And we know who their guests are as well.

JME: I heard that on the press/photo shoot day, Mala went down there with them as well. Mala did the last one, so he’s experienced and he’s good with the crowd.

TJC: And your guests are Lethal Bizzle and Chipmunk…

JME: Those are our confirmed guests… we’ve got some surprises.

TJC: Anything you can tell us? …Just to further entice people to come. It is a recession.

Skepta: If the recession has hit you, please do not come. I’m not going to try and take someone’s last piece of money to come and see a clash.

JME: Imagine people with no money turn up and they start shouting, ‘they told us to come here! They said to come in the recession! I thought they might have thrown out some money out. What’s going on!?’

“come and see a sick clash between four sick sounds”

Skepta: If you have money, come and see a sick clash between four sick sounds. This is something that can only really happen in a country like this, because of how multicultural it is. So Enjoy your country, enjoy the music, come and show your support and just have fun.

JME: Also, one other thing… think, when was the last time this happened? When is the next time you’re ever going to be able to go and see Major Lazer, Annie Mac, Magnetic Man, Channel One and Boy Better Know, plus all their guests, all in one place with everybody going totally mental?

TJC: For those people who don’t necessarily understand what a clash is, take us through how the night works…

JME: First of all we are going to have a 10-15min warm-up, to get the crowd going and let everybody understand what we’re doing. Then there are different rounds. Tim Westwood is hosting and will announce each round. We’ve got rounds of dubs, rounds of PAs… There is another round called, ‘Sleeping with the Enemy’, where you play your competition’s genre of music and the crowd chooses who wins. TJC: Obviously, you guys have been around from the very foundations of grime. There was a big clash culture during the pirate radio days and you were even part of some of the most notorious MC battles yourselves. What are some of the most legendary clashes you have actually witnessed?

JME: The most legendary clash I witnessed – I was there – was Crazy Titch and Bruza.

Shorty: That was mental.

Maximum: I think that was Raw Mission radio station… Sick.

TJC: What’s the line that sticks with you from that clash?

JME: To be honest from Titch said, ‘Where’s the mic?’

That clash was mental. There have been more, but I actually witnessed that one.

Maximum: Dizzee and Titch as well. I was at Dizzee Rascal and Titch. I was at Lethal and Wiley too. I was DJing for Wiley and Lethal. The set after mine was the one where Dizzy and Titch clashed.

JME: Yeah, Maximum has been there, man.

TJC: Lord of The Mics – which is Jammer’s project – who stood out for you?

Shorty: The people who stood out for me on the latest one were Kozzie and Lay-Z.

JME: Why? …Because they have Z’s in their names?

TJC: Finally, everyone wants to know… this Jammer Vs Snakeyman beef, is that real?

JME: It is very real.

Shorty: It’s as real as it gets. It has gone far.

JME: Whenever they are together it just gets hype. I dunno, man. They’re not clashing each other, so I don’t even know where this is going.

Shorty: It will go away for a couple of weeks, then something gets said on Twitter, or whatever and it all blows up again. No one knows what’s happening. You would have to ask them really.

TJC: What are the future plans for BBK as a collective?

Sometimes we just make a track and it will end up on one of our albums. Skepta got ‘Thrown in The Bin’ I have a track which I can’t really say… but yeah, we can make music at any time so it’s not really a problem. There’s no pressure there.

We are just working on our individual projects first to get our heads clear and then we can start working together again.

BBK will play at Red Bull Culture Clash at Wembley Arena on 7th November. Tickets are prices at £15 via Ticketmaster. Visit www.redbull.co.uk/cultureclash for further details.