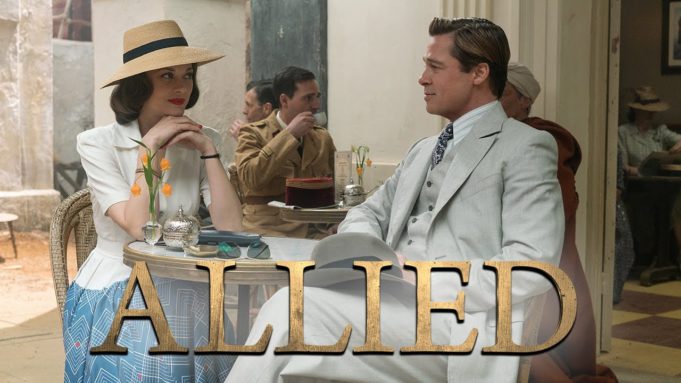 A brand new international poster for Allied starring Brad Pitt and Marion Cotillard has been released.

The poster which features the pair in 40’s attire has class and grace yet with an air urgency whilst holding a pair of what looks like shotguns. Exactly what you would expect to see from the era. ALLIED is the story of intelligence officer Max Vatan (Pitt), who in 1942 North Africa encounters French Resistance fighter Marianne Beausejour (Cotillard) on a deadly mission behind enemy lines. Reunited in London, their relationship is threatened by the extreme pressures of the war.

Allied is in cinemas November 25th.