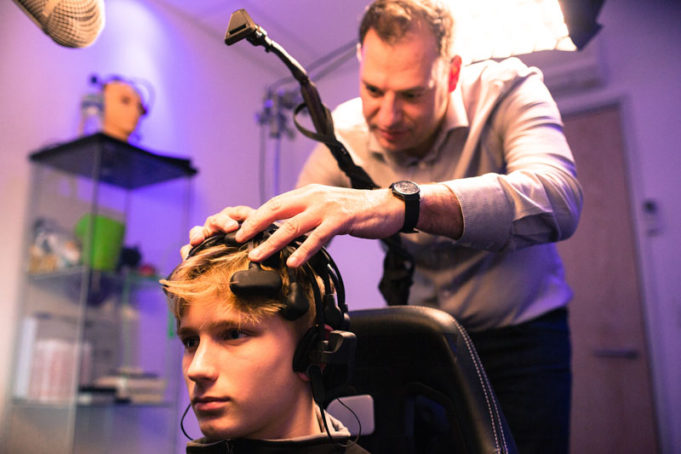 Ford’s latest study to unlock the secrets behind mental performance has been revealed in this new video that we can now share with you all.

You’ve heard the saying, ‘It’s all in the mind’? Well, this video proves just that. By teaming up with neuroscientists at King’s College London research has been carried out to investigate how anyone can boost their mental performance in everyday life using the visualization and mental training techniques favoured by Ford racing drivers. Ford took a look at the mental state of race drivers, delving deep into their conscious minds while on the track. The study shows zoning in and being totally focused in the moment into the same high-performance mindset as a racing driver could be the key to succeeding in high-pressure situations. This is great for important meetings or job interview or presentations or any activities which require’s you to be totally focused and giving you 100% attention at that moment.

This is one of the findings of new research that seeks to uncover the secrets of racing drivers’ brains.

The experiment titled ‘The Psychology of Performance’ aims to better understand the psychology behind these mental techniques and how they can affect performance – whether you’re racing at Le Mans or wanting to perform better in any given situation. The study looked at exactly how the body reacts to mental training. An EEG (electroencephalogram) headset was used to measure the electrical brain activity of participants, that included Ford drivers along with members of the public. The test subjects then went through virtual reality driving challenges and a driving simulator, where their reaction and concentration times were measured.

Numerous racing drivers, including Ford’s three-time FIA World Touring Car Championship winner Andy Priaulx, have spoken of how mental training has helped them to reach the podium. Priaulx combines meditation with mindfulness, which he says has helped him become aware of his performance and where he needs to improve. Before I had never won a circuit race, the following year I won 13 races out of 13 from pole position. I’ve given myself these tools to play with and it’s helped me to become a more complete package

Simple breathing and meditation exercises, plus a visualization technique that uses keywords to describe the task ahead, saw normal drivers improve their focus and performance by as much as 50 percent.

At Ford, we look to collaborate with scientists, makers and creators to push the boundaries of innovation. Top athletes have used mental training techniques to fine-tune their performances for some time. However, use of these sport psychology techniques has gradually become more widespread as people look at different ways of dealing with the hectic pace of an increasingly connected world. The study looks at how mental training methods used by pro drivers might help us to improve our own mental performance

Did you know that Ford of Europe employs approximately 52,000 employees? The first Ford cars were shipped to Europe in 1903 – the same year Ford Motor Company was founded. European production started in 1911.