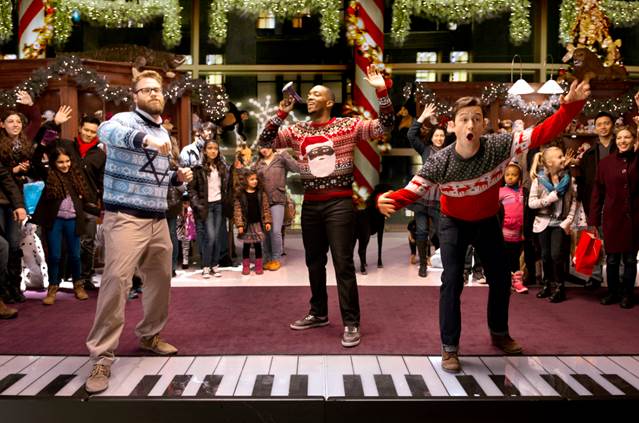 With the release of The Night Before, starring Seth Rogan and Joseph Gordon-Levitt only two weeks away, two clips from the film have been released to wet your appetite.

Ethan (Joseph Gordon-Levitt), Isaac (Seth Rogen) and Chris (Anthony Mackie) have been friends since childhood, and for a decade, their yearly Christmas Eve reunion has been an annual night of debauchery and hilarity. Now that they’re entering adulthood, the tradition is coming to an end, and to make it as memorable as possible, they set out to find the Nutcracka Ball – the Holy Grail of Christmas parties.

The Night Before is out in cinemas 4th December.