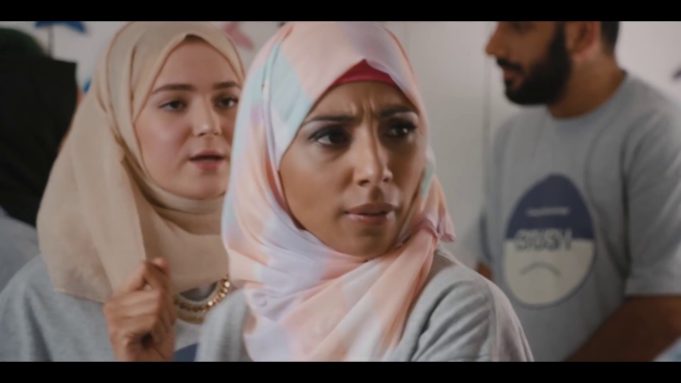 Fresh off the press is the trailer for brand new British comedy Finding Fatimah about a young divorced Muslim looking for love.

All young Muslim Shahid (Danny Ashok) wants is to find a life partner but, after five years of trying, he is still struggling to find ‘The One’. The aspiring stand-up comedian is about to hit 30, and his printer business is grinding to a halt, but there’s something else that is rendering him well and truly UN-dateable… he’s divorced.

And now his ‘divorced tag’ is all people see.

Using an online match-making site, Shahid sees no option but to select ‘never married’ on his profile, and when he falls for the bold and beautiful Dr Fatimah (Asmara Gabrielle), he must decide when and how to break the news.

Funny and heart-warming, Finding Fatimah is a hilarious look at the modern British Muslim dating scene. It releases nationwide in UK cinemas from April 21.