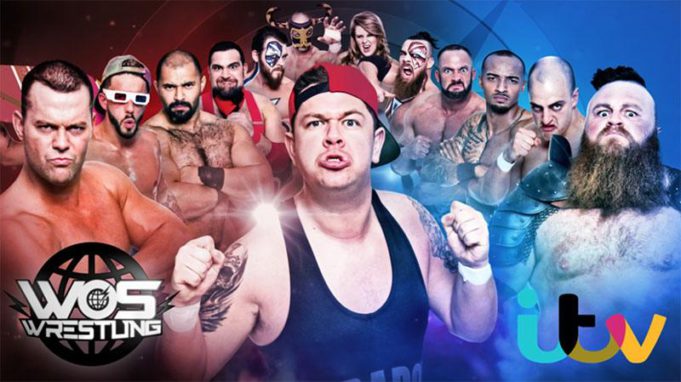 Flavourmag can share today that ITV has teamed up with IMPACT Wrestling, bringing World of Sport back to terrestrial television, with a commission for a 10-part series.

This commission, from ITV’s Helen Warner, follows a successful one-off-special, which aired on New Year’s Eve.

Thirty years after the original WOS ended – and legendary stars such as Big Daddy, Mick McManus and Rollerball Rocco left British screens – this new series will feature the very best of today’s wrestlers from the current red-hot UK wrestling scene.

They will compete in front of a live audience at the intimate Preston Guild Hall on Thursday 25th May and Friday 26th May (doors 7pm / bell time 7.30pm).

Tickets for these historic shows will go on sale at 9am on Friday 7th April from Gigsandtours.com / Ticketmaster.co.uk / prestonguildhall.co.uk

There will also be a launch event this Monday (27th March) at 2pm in Manchester, where the full details of the WOS live shows will be announced. Fans are invited to attend to the launch, which will include a Q&A and meet & greet. Places are extremely limited, to reserve one please email wswaudience@itv.com

This initial commission is part of a comprehensive co-production agreement between ITV Studios and IMPACT Wrestling to relaunch the WOS Wrestling brand, bringing British stars to ITV while leveraging the roster and creative team of Impact Wrestling along with its expertise in live event production and international distribution.

“This opportunity to work with ITV Studios to revive this iconic brand in the United Kingdom is a perfect example of the ways in which we intend to leverage our strengths to build our presence in international markets in collaboration with local organizations,” said Ed Nordholm, President of Impact Wrestling.

Director of Entertainment, ITV Studios Manchester, Tom Mclennan said: “Britain’s wrestling scene is thriving and there has never been a better time to bring it back to ITV after a gap of 30 years.”

Jeff Jarrett, Chief Creative Officer for IMPACT Wrestling, added: “The WOS brand is etched in professional wrestling tradition. My family’s lineage in the industry dates back 70-plus years, so I am honoured for the opportunity to work on reviving the legacy of this historic British series.”

This news is hot on the heals of Flavourmags previous announcement that IMPACT Wrestling will also be producing shows for SPIKE TV here in the UK.

For more information on this exciting time in the world of pro wrestling keep checking Flavourmag. We will have exclusive interviews and chats with all the stars involved!