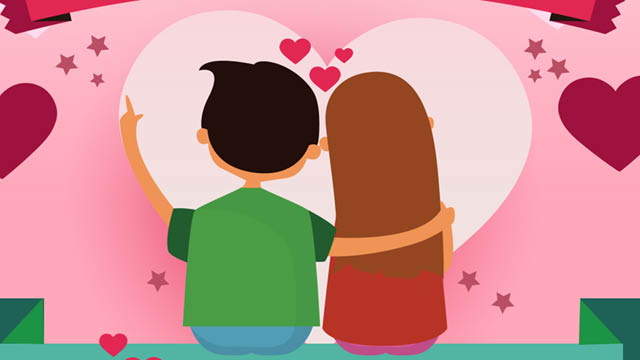 In theory, Valentine’s Day should be a wonderful day – at least for already loved-up couples. But as we all know, it can also go wrong in so many ways, as a newly-released infographic has shown.

The voucher code website My Voucher Codes recently surveyed UK men and women on various aspects of Valentine’s Day gift buying and receiving. It revealed – perhaps surprisingly, given the reputation of women as the more ‘sentimental’ sex – that only 54% of females intended to buy their loved one a present this 14th February, compared to 71% of men.

The crazy world of Valentine’s gifts

Perhaps even more shocking was that 70% of polled women who had been with their partner for more than five years said they would not be buying a present for their loved one, despite 75% of males with similarly long-lived relationships signalling opposite intentions.

When asked why they were not buying their significant other a Valentine’s gift, answers among male respondents included that they “never know what to buy” and – for 35% – that it was too costly. Replies given by women, meanwhile, ranged from “He forgot last year” to the rather more romantic “Words are better than gifts”.

What did couples receive… and what did they want?

Respondents were also asked about their worst Valentine’s Day present. Replies given by the men included an ironing board, condoms and even “My face moulded in chocolate”, although many of the women weren’t too lucky either, citing the likes of edible underwear, a plastic kid’s ring and “a crate of Stella and a scratchcard”.

These answers contrasted with what they actually wanted, of which examples included “a romantic picnic” and “theatre tickets” in the case of the women, and “a new car” and a “crate of beers” among the men. 34% of females expressed a wish to be taken on holiday or on a romantic break, while for 45% of men, a romantic dinner was the preference.

Read the complete infographic at the My Voucher Codes website for the full list of responses, which we’re sure will be a source of amusement even for those enduring the most disastrous Valentine’s Day.