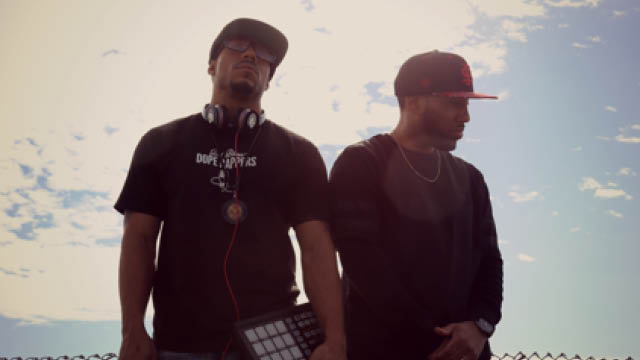 Hailing from West Coast, California, hip hop duo Grand Opus emerges in classic emcee/ producer group fashion with a nostalgic and yet futuristic style of their own, aiming to carve their names among the greats with their debut album entitled “Forever”, set for worldwide release March 22nd.

First single ‘The Key’ and accompanying music video has been garnering attention with inspired lyrics, smooth production and a special kind of lyricism that will force fans to think deeply. Not content to cover superficial topics, Grand Opus go deep on their album ‘Forever’.

The group is made up of Oakland, Ca. producer Centric, who has collaborated with hip hop artist’s such as Kool G Rap, Black Rob, Sean Price, Mistah FAB & Swizz Beatz to name a few, with television and film placements on networks and companies such as MTV, VH1, OWN, NFL, and others. Then comes Joc Scholar, the illuminating emcee out of Fresno, California who laces the beats with his distinct style, lyricism and delivery. The two prior music associates evolved into the group known as Grand Opus in 2013, with an oath to come together and make music from their own mind in an effort to simply help keep Hip Hop alive without any “Pop” pressure.

Contributors to the album ‘Forever’ include grammy nominated planet Asia, Fashawn (album reached the top ten in the iTunes hip hop charts) and Alicia Renee (signed to Jay Z’s Roc Nation label). Grand Opus cite their influences as artists such as Nas, The Roots, and Prhyme, and believe their sound to be different from the majority of hip hop that is present today as it mixes futuristic sounds with classic beats.

If you like conscious hip hop with inspired lyrics, check out Grand Opus and their album ‘Forever’, including the ‘The Key’ with accompanying music video.