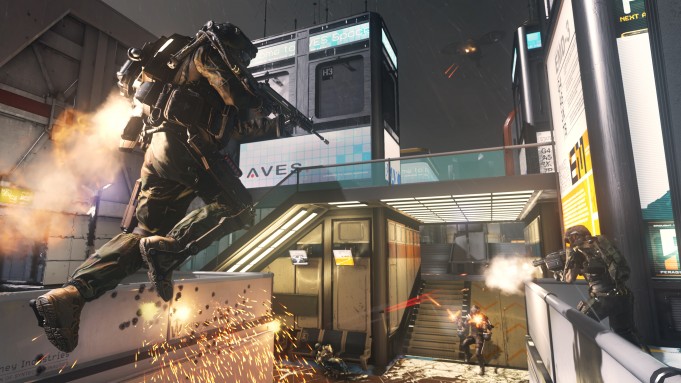 For the first time ever, Call of Duty: Advanced Warfare fans can enjoy the latest instalment of the franchise on Monday 3rd November, a day ahead of the game’s Standard Edition release. To celebrate, Call of Duty is inviting fans to participate in a livestream on Twitch.tv to mark the arrival of the latest entertainment blockbuster on Day Zero.

Starting at 12.00 GMT on Monday 3rd November and running throughout the day on Monday 3rd, Call of Duty fans will be able to play alongside livestream hosts such as Ali A and MRDalekJD, amongst many other well-known names, who will be showcasing the latestCall of Duty content on Twitch.tv A special two hour livestream event on Monday evening will give Day Zero players the opportunity to go head to head with a cast of celebrity fans, from the comfort of their own homes.

Call of Duty: Advanced Warfare takes players to a future devastated by a global attack. Academy Award winning actor Kevin Spacey stars as Jonathan Irons – one of the most powerful men in the world and leader of Atlas, the world’s largest Private Military Corporation. The most powerful military force in the world, Atlas has effectively become a superpower for hire. Playing as Jack Mitchell, players become the advanced soldier as they suit up in a revolutionary exoskeleton and join a highly-trained unit committed to restoring order. The exoskeleton carries over into Multiplayer, where an all-new movement system changes the way players traverse the terrain enabling more tactical freedom than ever before. Boost jump introduces verticality to the Call of Duty experience, allowing players to reach high points quickly and navigate maps in new ways. Chain new boost actions like slide, dodge, and dash together to create a fast and fluid style of play. Equip all new abilities and armaments in the revamped Pick 13 load out system. Earn additional weapons and gear through in-game Supply Drops, outfitting your operator in the deepest customisation experience in franchise history.

Pre-order the Day Zero Edition now for your chance to play in the Call of Duty: Advanced Warfare Twitch livestream celebration –http://www.callofduty.com/advancedwarfare/buy

To watch the livestream and take part on November 3rd head to [http://www.callofduty.com/DayZeroUK] and join the conversation on Twitter [#DayZeroUK]