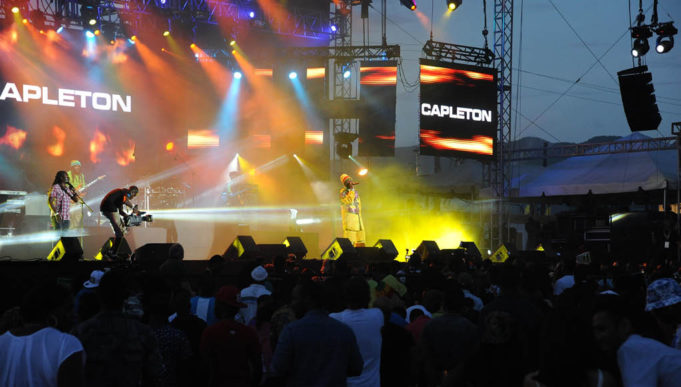 Flavourmag is glad to share news of the upcoming Reggae Sumfest in Jamaica. Thousands of reggae music fans will converge in Jamaica’s tourist capital of Montego Bay for the 25th anniversary of the island’s annual Reggae festival from July 16-22.

First staged in 1993, Reggae Sumfest quickly became the world’s premiere reggae music event.  The festival showcases the best of Dancehall and Reggae music, as well as top R&B/Hip Hop performers and offers delicious Jamaican cuisine and arts and crafts.  The event is billed as the Greatest Reggae Show on Earth and attracts more than 30,000 people to the tourist capital of Montego Bay.

Reggae Sumfest will once again offer live 360 degree virtual reality streaming for the public to experience the festival on mobile phones via www.reggaesumfest.com. Viewers will be able to pick the camera location for viewing from four different locations and choose if they want to be on the stage with the artist or in front of the stage with a complete 360° view.