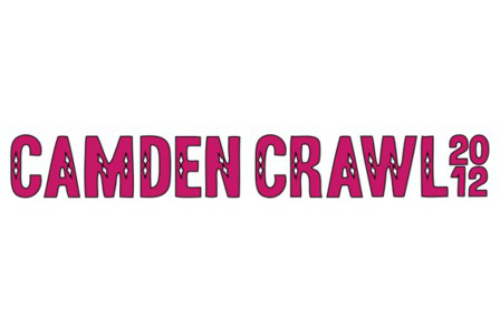 This was the first Camden Crawl I had been to and as I headed straight to get my wristband I wondered what would be in stall.The first act on my schedule of people to see was Durrty Goodz at the Cuban. As I turned up late it was good to see the crowd was a mixtape of ages and races, mostly skanking out and enjoying the performance. Durrty Goodz interacted with the crowd well, performing his Tim Westwood freestyle along with a whole host of other songs Next we made our way to Camden Rock to watch the UK hip hop star that is Jehst. I had known about Jehst for a few years, but not properly looked into him or his music, although I had big fans of his around me telling me how great his music was. All the acts seemed to be on late, doing their soundcheck, so we waited for about 20 mins to see Jehst. Was it worth the wait? YES! All of the people in the tiny bar, which was full, were avid fans of his who knew every line to each song. This was one of the highlights of the crawl for me, and made me appreciate and really take notice of an old school icon. We headed back to The Cuban to watch Ghetts, but unfortunately missed three quarters of his set due to the previous set being behind schedule. This wasn’t really too much of a problem, as I had seen Ghetts before. A lot of people turned up to watch, with people standing on tables and chairs to catch a glimpse of him. We listened to Urban Nerds who hosted The Cuban stage play and danced for a while.

Next and last stop for us was the Jazz Café, where I went to see r&b singer Angel, again it was running behind time, but as we were staying there from now we didn’t care. Few drinks later and Angel appeared on stage, the mic was still a bit too low for the singer, but as only a singer like him can do, he still managed to wow and impress the crowd, with his songs like Ride Out, and also giving the audience a live session of his brand new single. If Angel before didn’t impress you before, you would be after seeing him live. As the whole festival was running behind time, I didn’t get to see Sway, as I had to catch my last train home, and catch some sleep for Sunday’s Crawl which was disappointing. I did have a brilliant time, getting to see some amazing live acts though so I can’t complain. Sunday’s review coming soon!