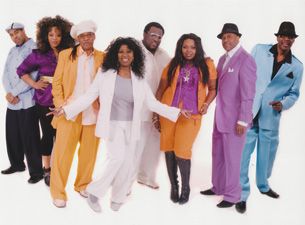 The legendary Soul/Funk group CAMEO best known for 80’s hits Word Up, Candy and Single Life will be making a highly-anticipated return to the UK this autumn with a rare series of intimate gigs at the Jazz Cafe. Led by the charismatic Larry Blackmon, the chart-topping band are considered to be pioneers of their era churning out trailblazing hits and pivotal sounds that are apart of music history! Celebrating more than 33 years of funk Blackmon, along with founding member Tomi Jenkins are once again ready to challenge the way the world listens to music! CAMEO is ready to introduce a new generation to their timeless classics.

The legendary SOS Band were founded in Atlanta, Georgia in 1977. Originally known as Santa Monica, the ‘SOS’ stands for Sounds of Success. The band, fronted by Mary Davis, was initially famous for 2million selling smash the hit “Take Your Time (Do It Right)” in 1980.

In 1983, they joined forces with then new production team of Jimmy Jam and Terry Lewis, who went on to craft a string of R&B hits for the group, including “Just Be Good to Me”, “Tell Me If You Still Care”, “Borrowed Love”, “No One’s Gonna Love You”, “Just the Way You Like It” and “The Finest”.

These two rnb big hitters will be out to wow their legions of fans and make new ones at these shows. Get your tickets now.