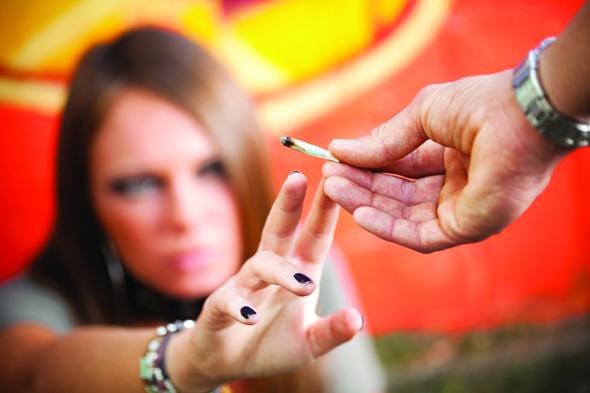 Cannabis is perhaps the most widely used drug of choice by people of all ages. One-quarter of 16- to 24-year-olds, including Prime Minister David Cameron have smoked cannabis, and experienced the effects of it;  the ‘giggles’, the ‘munchies’ and getting high with friends.

As a youngster, I used weed in all forms. I used to have sessions with my friends where we would talk and burn for hours on end with no fear that it could do us any harm. A recent survey carried out for the BBC noted that only two per cent of youths felt there were health risks associated with using cannabis, while 79 per cent believed that cannabis was “safe”. Eventually, after way too much paranoia for my liking, I decided cannabis was not for me and I stopped. It was the best decision I could have made but it was certainly a hard one to follow through.

Of course, we have to be careful about demonising cannabis. After all, the plant in different forms is used as a medicine. Positive therapeutic effects – physiologically and, more interestingly, psychologically – have, for thousands of years, been explored, debated and proved.

In our modern-day, multiple sclerosis sufferers speak about the benefits it has in easing their pain, but other benefits are scientifically proven too. Cannabis and CBD oil work as an appetite stimulant, an antiepileptic, anti-depressant, tranquilliser, topical anaesthetic and withdrawal agent for opium addiction, to name but a few. The different properties of CBD oil have many known scientific benefits for multiple sclerosis sufferers too. Nowadays, many people can purchase CBD online, and even without a medical license for cannabis.

It’s estimated that 30,000 people use weed on a regular basis in the UK every year. But despite the many positive effects, for some people cannabis can be harmful. The enjoyable sensations become shorter-lived and replaced by increasingly unpleasant symptoms and feelings.

It is, of course, too simple to say that if you smoke cannabis then you will have problems. While studies have now proven there is a connection between cannabis use and the possibilities of a person suffering from a mental illness, there are many factors that come into play that may lead to problems or more severe mental illness. 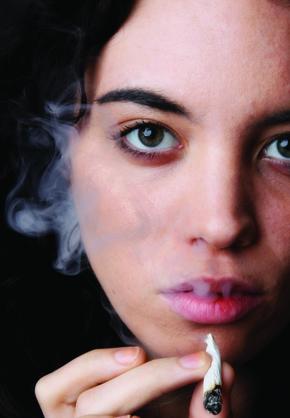 What are the factors that may lead to mental illness due to smoking weed?

A big factor is the regularity and duration of the use: the more you smoke over a sustained period, the higher your chances of experiencing some of the negative effects.

The type of cannabis you use is a major factor too: skunk has ten to 20 times more THC (Tetrahydrocannabinol) than
the weed used back in the 1970s. THC is the main psychoactive substance in the plant, and it is this that effectively causes psychological effects.

Another factor that comes into play is if you have a history of mental illness in the family. If you have a close relative who has suffered from a mental illness, then you are more likely to experience psychological problems as a result of smoking weed, since there may be a vulnerability to it in
your family.

You can also be adversely affected if you are unduly stressed. In the long term, cannabis can affect you more in this state since stress can make you vulnerable emotionally and physically.

Your age is an issue too: the younger you start smoking cannabis (particularly skunk), the more likely that in the long term you may suffer from a mental illness as the brain is still developing. Doctors have established that exposure to cannabis during adolescence and young adulthood increases the risk of mental health problems later in life.

What do you do if you feel that cannabis use may be causing you problems?

– If that’s too difficult smoke lower-strength forms of cannabis. Reducing your intake of the drug can be a helpful first step if you can’t stop outright straight away.

– If need be, spend a little time away from your friends as you try and quit. For me, this was crucial as I didn’t feel strong enough to say no. I needed to build up my resilience.
Be true to yourself – if you feel there is a problem seek help and get it sorted out.

Life is about balance, so too much of anything will generally be bad for you. However, life is also about self-preservation. If you identify a problem regarding your use of weed then deal with it and don’t put at risk the potential you have to succeed.