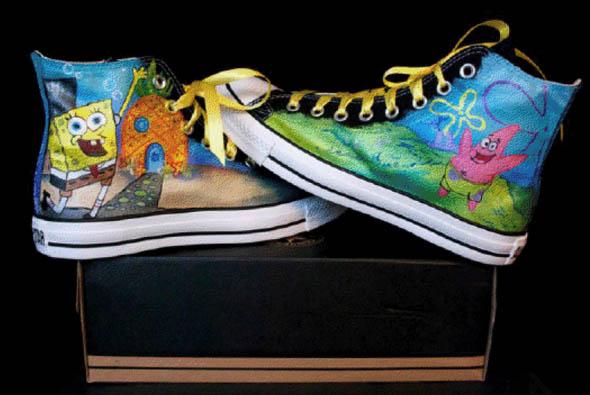 Canvas Warriors is the custom hand painted converse company created by South African born designer Sandira Reddy in 2009. Sandrira was brought up between South Africa and England, while having lived in New York gave her a whole spectrum of new influences on her work.

The Canvas Warriors story begain in a small studio apartment in Harlem and then later in Brooklyn where Sandira would sell her handcrafted creations including jewlerry and hoodies.

“I decided to customise my own pair of Converse one day – I was so pleased with the result that I emailed one of my favourite blogs at the time, some photos of the shoes for feedback. They loved the shoes so much that they posted them on the blog. I woke up the next day to over 300 emails enquiring about where the shoes could be bought. I got my first shoe order the next day and this website went up that week!” says Sandira.

Two years later, and nearly 400 pairs of shoes and counting Canvas Warriors continues to make its distincy mark, and is set to grow.

Below: Few of Canvas Warrior’s creations.Your browser may not support display of this image. Some fans of Canvas Warriors:

Perri from Diversity with the Canvas Warriors Chucks, His comment on the shoes: “these are well sick”!!! “These are amazing” he said “keep up the great work!”