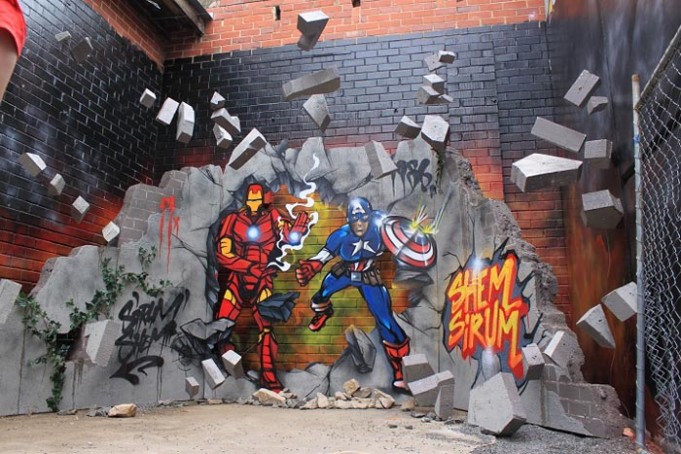 To celebrate the release of Captain America: The Winter Soldier on Disney 3D Blu-ray™, DVD and Blu-ray™ from 18th August 2014, Marvel are pleased to announce an exclusive London exhibition, offering fans a look at artwork from artists inspired by Marvel as well as other select items from the Universe. The exhibit will also display for the first time MONDO/MARVEL art in the UK.

Hosted at Shoreditch’s new members club Forge & Co, the exhibition will be open to all from Friday 15th – Monday 18th August 2014.

From the Studio that brought you the greatest Super Hero movie of all time, Marvel’s The Avengers: Assembled, comes Marvel’s Captain America: The Winter Soldier, the global phenomenon that teams Captain America (Chris Evans) with the Black Widow (Scarlett Johansson) and a new ally, the Falcon (Anthony Mackie), in a fight for the future of mankind.